For many parents, safety is an absolute priority: they install outlet covers, they put knives and medication in places that children can’t reach, car seats are installed with the utmost care. Yet despite their very best efforts, many parents fail to recognize a potentially fatal hazard within their homes: furniture tipping. 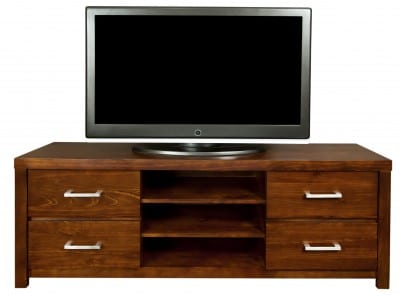 “Furniture was designed for the convenience of adults, child injury was never considered,” explained Dr. Gary Smith, president of the nonprofit Child Injury Prevention Alliance and a pediatrician at Nationwide Children’s Hospital in Columbus, Ohio. “[Parents} simply don’t know that they’ve got this danger lurking.”

In 2010, about 23,600 people were injured by unstable furniture; the majority of them were less than 10 years of age. Another 20,000 people were hurt by televisions. Injuries reported include serious bruising, fractures and internal organ damage. In addition to the injuries, approximately 300 deaths were reported between 2000 and 2010.

Two-year-old Charlie Horn was just one of the deaths reported within that time frame. His mother, Jenny, a nurse in Kansas City, MO, knew that furniture tipping could present a danger to her son, but she’d never considered the damage that smaller items could do.

In 2007, someone other than Charlie’s mother had been caring for him. The caregiver assumed that Charlie was asleep in his bed, but it was later discovered that he had climbed up a 30-inch dresser, and it toppled over him. He suffocated to death underneath the dresser.

“They call it a silent death,” Jenny said. “[Children] are a cushion for the fall of the dresser, so you don’t necessarily hear a sound.”

Kimberly Packard’s daughter, Meghan, was also one of the many unfortunate victims. Meghan also  had a dresser topple over onto her little body. By the time she was discovered by her father and twin brother, it was already too late.

“I’m a well-educated woman,” said Kimberly, who teaches both CPR and childbirth classes. “I’m well-connected in the world of safety. And I didn’t know.”

In 2009, the CPSC initiated a standard that called all furniture manufacturers to create products that would remain steady when all drawers were removed, and when a 50-pound weight was placed at the front of a drawer. If adhered to, these guidelines could withstand the weight of an average five-year-old trying to climb on the furniture.

Because of the large number of documented deaths and injuries from recent furniture tippings, the Consumer Product Safety Commission is, again, looking at the safety standard guidelines. In conjunction with consumer advocates and furniture and electronic industry executives, the CPSC is looking at implementing new safety measures to make dressers, storage cabinets, televisions, and other heavy household items more stable.

Unfortunately, not all products have to adhere to either the former or the future safety guidelines suggested by the CSPC; they are voluntary measures. Because of this, some experts are concerned  as to whether or not the new guidelines would do any good.

Carlton Craig, a product compliance manager at Stanley Furniture Company, says that he’s seen some of his competitors selling products that would fail to meet even the current stability standards.

“Where you get into trouble is with the furniture that is less expensive in some of the big box stores,” Craig said.

Thomas Lowery, who worked in testing and distribution for the Ethan Allen furniture line for 27 years, agrees. He says that many companies will fail to live up to the voluntary standards. He says that, unless the measures are mandatory, many companies simply “won’t do it.”

Scott Wolfson, a CPSC spokesman, admits that what other experts are saying is true, but immediate action is needed to help get some of the faulty products off the market. He says that a voluntary action can be developed and revised much faster than a mandatory standard. Additionally, a former bill aimed at furniture and TV sets was presented to Congress back in 2005; that bill was declined, despite the fact that it had received a lot of support from groups like the Consumer Federation of America.

To try and help counteract the manufacturers that may not follow the guidelines, organizations like the CPSC are also working to educate parents on the potential dangers of household furniture. Currently, they are working on determining which types of televisions are most likely to be involved in child injuries. They are also exploring the possibility that families have left their old box televisions on top of unsupportive surfaces after switching to a flat screen television.

The American Home Furnishings Alliance did their part in educating parents as well. They conducted a study earlier this year in which they asked more than 1,000 households in the U.S. whether or not they use anchors to affix their televisions and furniture to the walls. Only 36 percent actually did. The American Home Furnishings Alliance believes this may be due, in part, to renters not wanting to create any issues with their landlords.

Hospitals and child safety centers are also educating parents through various programs. Charlie’s House, named after little Charlie Horn, is a volunteer organization in Kansas City, Mo. They are dedicated to child safety and are planning to build a safety demonstration house that would give parents and caregivers an opportunity to walk through the simulated house and learn more about the most common safety hazards, like tip-overs, and how to avoid them.