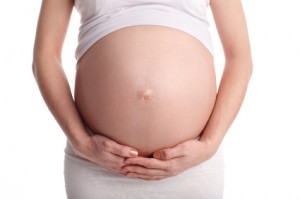 Women who take folic acid in the first two months of their pregnancy are less likely to have children with delayed language skills according to a new study in Norway. The study authors hope, this latest finding makes more women realize the importance of this vitamin B during pregnancy.

In the US and Canada, many food products are already fortified with folic acid so as to provide pregnant women sufficient amount of it. The vitamin is already known to help reduce the risk of certain birth defects but in many countries including Norway doctors still worry that pregnant women do not take enough of the important vitamin.

“We don’t think people should change their behavior based on these findings,” said Dr. Ezra Susser from Columbia University’s Mailman School of Public Health in New York, who worked on the study. “But it does add weight to the public health recommendation to take folic acid early in pregnancy.

The researcher added that the significance of folic acid later on during the child’s development is surely revealed in the present study.

He said, “what you do during pregnancy… is not only important for birth but also for subsequent development.”

During the study, 40,000 norwegian pregnant women were asked what supplements they took four weeks before getting pregnant and also eight weeks after conception. Three years later the research team asked the same women about their child’s language skills like how many words they could frame together to form a phrase.

The researchers found that there were 1 in 200 toddlers who could only say one word or uttered unintelligible words thus falling into sever language delay category. Four out of 1,000 kids born to women who took folic acid alone or combined with other vitamins had severe language delays. That compared to nine out of 1,000 kids whose moms didn’t take folic acid before and early in pregnancy.

The team also took into account other factors such as mom’s education, weight and whether she was married or not, but the results did not alter.

The researchers though could not find any link between the child’s motor skills and folic acid intake. This was tested by asking the child to kick or catch a ball.

Susser said in his paper that while the research does not directly indicate that folic acid prevents language delay, the vitamin is known to known to affect the growth of neurons and could influence how proteins are made from certain genes.

Usha Ramakrishnan, a maternal and child nutrition researcher from Emory University in Atlanta commenting on this research said that though folic acid plays a very important role early on in the pregnancy, it is hard to pin point exactly at what point it helps in language development skills of the child. She also added that many women who take folic acid early on during pregnancy, continue to do so throughout the period.

“I think this adds to what’s already known about the benefits of folic acid,” Ramakrishnan said. “It gives one more positive message of potential benefit.”

“The recommendation worldwide is that women should be on folate supplements through all their reproductive years,” Susser said. Because of that, “we really need to know what the impact is on children, both benefits and risks.”

Truly, the research adds another plus to what folic acid can do during pregnancy and later on in a child’s life.