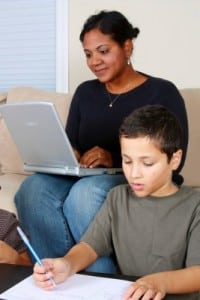 Forbes has just released their 2012 ‘Best Cities for Working Mothers List’ and there’s a new city at the top: Columbus, Ohio. It took the place of last year’s number one metropolitan, Buffalo, New York. But the first place slot wasn’t the only change for this year. There’s even a surprising addition to the list – one that might surprise you.

In order, best first, the cities on this year’s top ten list included:

But since “best” means something different to every mom, Forbes researchers have to look at things that are important to most moms: money, child care costs, commute time, cost of living, crime rate and unemployment rate are all part of the “best city” algorithm. Parts of the algorithm are then prioritized – aspects of work and life that are most important to working mothers carry more weight in the comparison than those that are considered less important by most working mothers.

Job opportunity and earnings potential were placed at the top of the list because, let’s face it, one of the reasons moms go to work is to achieve career success and financial security. So, to determine which cities ranked the highest, Forbes used the U.S. Bureau of Labor Statistics to track the weekly earnings of women in the state.

Of course, there’s more to being a working mom than money. Education, safety and healthcare are also very important. To help them with this portion of the algorithm, Forbes tallied the number of practicing physicians in the area and school district per-pupil expenditure. This information was obtained through the Sperling’s Best Places list. Violent crime rates were pulled from the annual FBI Crime Report.

New Orleans, new to the list this year, had some of the highest per-pupil spending – $16,256. Additionally, New Orleans has placed their emphasis on the future generation by opening nearly 100 charter schools since Hurricane Katrina. Columbus was found to be one of the safest cities analyzed while Los Angeles ranked the fourth highest for violent crimes.

New York had some of the highest child care rates in the country; moms could expect to pay around $13,000 annually for infant care. In contrast, moms in the New Orleans area could spend as little as $5,900 per year.

Cost of living also held quite a bit of weight on the list since raising a child is expensive. Everything from the cost of housing to the cost of a gallon of milk was included in this portion of the algorithm. Data for it came from the ACCRA Cost of Living Index, one of the most reliable sources for city-by-city cost of living comparisons. It is recognized by the U.S. Census, the Bureau of Labor Statistics and the President’s council of Economic Advisors.

Columbus was the most affordable city on the list; a half gallon of milk is just $1.79 and a rental home goes for about $795 a month. And in the number two city of New Orleans, the low cost of living helped offset the slightly lower than earnings of moms. Here, the average home sells for just over $255,000. In contrast, the average home in the worst of the 50 cities, Los Angeles, sells for about half a million dollars.

Commute time was also a factor considered by Forbes. Although this factor is sometimes overlooked, Forbes says that they feel this aspect is one of the most important. The way they see it, time spent commuting is time spent away from family and away from self-care. Commuter information was supplied by Bert Sperling, author of Cities Ranked and Rated.

New Yorkers spend the most time commuting to and from work – about 80 minutes a day. At the other end of the spectrum, Columbus moms average a commute of only about 25 minutes, one way.