Home » Gavin Rossdale Takes The Boys To The Movies

It was a guy’s day out as Gavin Rossdale took his two boys, Zuma and Kingston, to the Los Angeles premiere of Gnomeo & Juliet on Sunday afternoon at the El Capitan Theater. 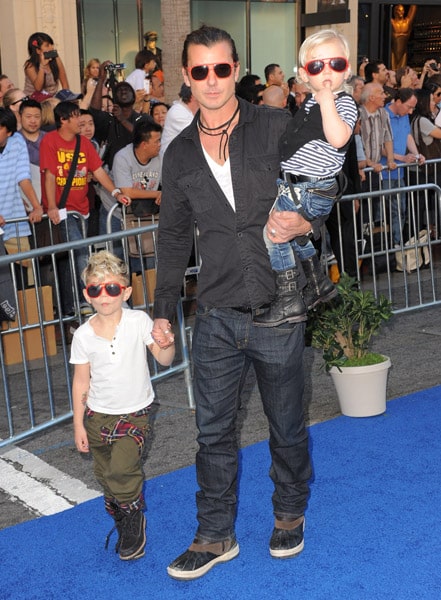 The trio was seen looking ultra-hip on the red carpet as they all wore red neon shades. Mama Gwen Stefani stayed home fo this event, but she surely had something to do with the boys look. Just look at the hair on Kingston.

As for Gavin’s career, it was announced just over the weekend that the rocker is back in the studio with his band Bush recording a reunion record. Tentatively titled Everything Always Now, the record is due out later this year.