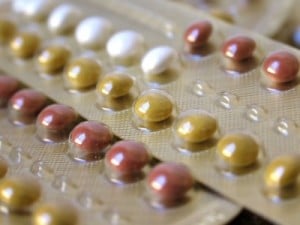 It is a popular belief among women that taking birth control pills can cause weight gain and for this reason, researchers from the Oregon National Primate Research Center at Oregon Health & Science University set out to find out if this is true.

“A simple Google search will reveal that contraceptives and the possibility that they may cause weight gain is a very highly debated topic.”

“Issues surrounding weight are hard to study in humans, and the research thus far has been insufficient to demonstrate whether or not oral contraceptives cause weight gain or loss. But this is an extremely important question as concern about weight gain is one of the main reasons why women may avoid or discontinue birth control, which in turn places them at greater risk for an unplanned pregnancy.” 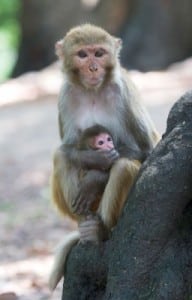 For their study, researchers spent nearly a year studying some rhesus macaque monkeys at their Oregon National Primate Research Center (OHSU). Because their reproductive system is almost the same as a human’s, they are ideal for these types of studies and can be more closely gauged and controlled, such as exactly what they are eating, when and how much

When the study began the monkeys were placed into 2 groups: monkeys that were a normal weight and those that were obese. They were given oral contraceptive doses according to their body weights, matching human equivalents as closely as possible. They were treated for eight months and data was gathered on the animals’ nutritional intake, levels of physical activity, lean muscle mass, and body fat mass.

It was then found that:

“This study suggests that worries about weight gain with pill use appear to be based more on fiction than on fact. Additionally, there may be a differential affect depending on your starting weight – heavier individuals who keep their diet stable may see a weight loss with pill use. Most likely, the reason why this belief continues to exist is that the weight gain that seems to occur with age is being attributed to these medications. We realize that research in nonhuman primates cannot entirely dismiss the connection between contraceptives and weight gain in humans, but it strongly suggests that women should not be as worried as they previously were.”