Singer Gwen Stefani and her son Apollo were photographed departing on a flight at LAX airport on Wednesday (January 21). 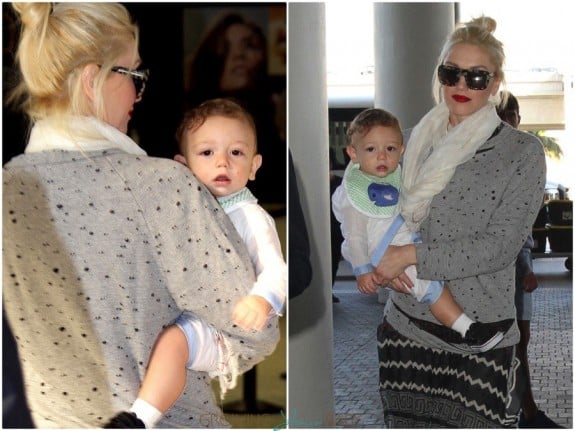 As usual, Gwen was chic in a grey speckled tracksuit, white sneakers and white sheer scarf as she carried he little guy on her hip through the terminal. 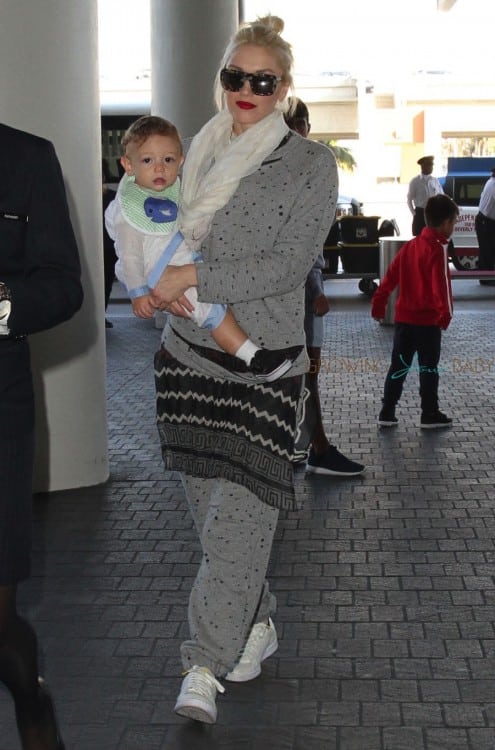 Now that her stint on The Voice is complete, Gwen has been busy in the studio working with fellow judge Pharrell Williams and Benny Blanco on her third solo album, which will be released this spring.

It was recently announced that Gwen will be headlining her first solo show in six years at the Orpheum in Los Angeles on February 7!

“[Performing] never gets old,” she told Today. “It always is exciting, and it’s always surprising to me that anyone’s interested or that I get to do all this fun stuff. I feel so grateful.  I’ve just started listening to all my old songs again and I’m learning them all. … I don’t remember any of the lyrics!”