It never ceases to amaze us how many babies are born in strange and sometimes potentially dangerous places and situations—everything from elevators to cars to airplanes. Our latest story tells of a little girl who just couldn’t wait to make her grand entrance, and so she was born up in the air while flying over the Atlantic Ocean. 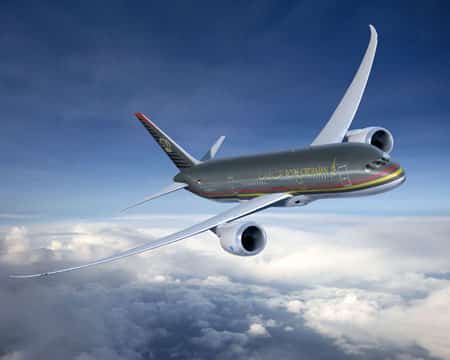 While aboard Flight 261, traveling from Amman to New York, a 33-year-old woman gave birth. Born prematurely but healthy, the baby girl was made her entrance into the world at 5:30 p.m., EST, just four hours before landing in the Big Apple.

Assisted by a nurse and a doctor who happened to be aboard the Royal Jordanian twin-jet Boeing Dreamliner, the mother is also said to be just fine. In fact, the emergency landing in Canada that the captain had planned to take never happened. Instead, they pushed on through to New York after being told that the mother had delivered just fine and without complications.

“The delivery was fast and easy, helped by an anesthesiologist and a legal nurse who happened to be on board, and in cooperation with the crew members,” the airline said in a statement. “Mother and child were in good health and there was no need to divert the plane.”

In fact, things went so well that the mother made sure she took a moment to say thank-you to the kind folks who helped to safely deliver her baby aboard the aircraft.

“The mother expressed gratitude for the great help she received from the physician, the nurse, and the flight attendants, and thanked the RJ staff (John F. Kennedy International Airport),” Royal Jordanian said.

Joe Pentangelo, a spokesman for the Port Authority of New York and New Jersey, reported that the little girl, born at 31 weeks gestation, ended up weighing 6 pounds. Her mother could have traveled at least another five weeks, according to the airline’s policy in which a mother carrying a single child can fly up to 36 weeks gestation, and a mother of twins or more can fly up to 32 weeks.