It’s not secret that hackers will find anyway they can to get access to your personal information. Heartbleed, the bug that rocked the internet this month shows us that we really aren’t ever safe. But when it comes to our personal electronics, we often forget they can be just as susceptible to security breaches. 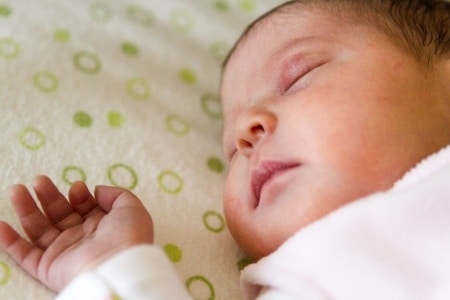 The Schreck family found this out the hard was when mom, Heather, was awoken to an unfamiliar voice.

“All of a sudden, I heard what sounded like a man’s voice but I was asleep so I wasn’t sure,” Heather told WXIX.

When she went into her daughter’s room to check on her she noticed the monitor was moving, but she wasn’t the one in control.

At this point Heather’s husband Adam ran into the room and looked into the camera.

“Then it screamed at me,” Adam said. “Some bad things, some obscenities. So I unplugged the camera.”

The Ohio couple later learned that someone had hacked into their system and was watching their baby on their Foscam IP Camera.

This isn’t the first time we have heard reports of people hacking into a baby’s monitor.  Last Summer the Gilbert family was shocked when they heard a man screaming profane statements at their two-year-old over her baby monitor. The child, however, was born deaf and has cochlear implants, which were turned off at the time.  But that didn’t stop the fear he parents felt when they realized their system had been breached.

Coincidentally, the monitor the Gilbert’s used was made by the same company as the Schrecks.  At that time the company released a security update that included strengthened security, like options for longer passwords, and a prompt for the user to change the default, blank login password.

It is not known if  the Schreck had a strong password on their network, but likely do now.

Solutions expert for Infinity Partners, Dave Hatter told WXIX parents should change the password on your Wi-Fi as well as the camera itself, and make them different. Also, check the manufacturer’s website regularly for updates you can download since the available updates may not show up directly on the device, as they do on your computer or cell phone. The Foscam camera, he says, has a known firmware vulnerability and had released an update to correct(possibly the one mentioned above) the problem but the Schreck’s were unaware of it.