Home » Has Imagination Become a Thing of the Past? 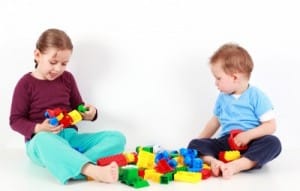 Inventions, new career fields, innovative technology – they all have one thing in common – imagination. Without imagination, new ideas cannot be created. When does imagination start? Well, childhood of course!

You remember it don’t you? I know I do – countless hours of playing knights, Vikings, house and more. That imagination, while squelched dramatically during our adult lives when right and wrong become our normal way of thinking, still remain ingrained within us.

But things are different today than they were when we were kids. Those countless of hours of imaginary play are no more. They have been replaced by hours of television, homework and extracurricular activities. Because of this, experts say that imagination may soon be a thing of the past.

It isn’t really possible for creativity to be “lost,” experts say. It does, however, need to be nurtured. “It can be suppressed in particular contexts,” stated Ron Beghetto, education psychologist at the University of Oregon. Suppression may be exactly what researchers have taken note of in a recent study.

Kyung Hee Kim, creativity researcher at the College of William and Mary, says that children today are less humorous, less imaginative and less able to elaborate on ideas. They are also less capable of providing unique and unusual ideas. Kim came to her conclusion with the help of what is known as a Torrence test. This exam measures divergent thinking.

According to Kim, Torrence scores have declined but, interestingly enough, SAT scores are increasing. This fact has led Kim to think that changes in the school system are partly to blame for the lack of creativity in children today. “I believe No Child Left Behind….really hurt creativity,” said Kim. “If we just focus on just No Child Left Behind – testing, testing, testing – then how can creativity survive?”

Other possible contributing factors were also pointed out. Factors like increased television time and overfull schedules with no time left for imaginative play are also thought to be partly to blame for the lack of creativity in children today.

On the flip side, Sandra Russ, psychologist at Case Western University in Cleveland, Ohio thinks that children are simply finding a new way to be creative.

Back in 1985, Russ conducted a study on pretend play that involved 900 children between the ages of 6 and 9. Children were asked to make up a story line with two puppets. She rated the stories on how many ideas were formulated, the novelty of those ideas and the emotions that were expressed during the stories.

Russ found that the stories actually became more imaginative over time after conducting a second part of the study on a different group of children in 2008. “Given the changes in [our] culture, we were surprised, and I would say encouraged,” said Russ.

In some ways, technology seems to have given our children a new way to express their creativity. Creative problem-solving games and the like have become increasingly popular. However, Russ indicated that researchers can’t be sure if this type of imagination will actually carry over into the real world.

Beghetto has some ideas in how to help children move those creative ideas into the classroom and on into the real world. He stated that students and teachers have begun a game of “intellectual hide and seek. The students try to match what they think the teacher wants to hear.”

Instead of doing this, Beghetto suggests that teachers encourage “out-of-the-box” answers instead of discouraging them for the sake of test results. He stated that unexpected answers, while not always correct, may still lead to meaningful conversations that can spark creativity and divergent thinking.