For the second time in as many weeks Heinz Canada has issued a recall on one of their jarred baby foods over concerns that it may have spoiled.

On Saturday,  the Canadian Food Inspection Agency (CFIA)  announced that Heinz Canada is recalling Heinz brand Sweet Potato & Beef Medley from the marketplace due to potential loss of seal, which could cause spoilage. 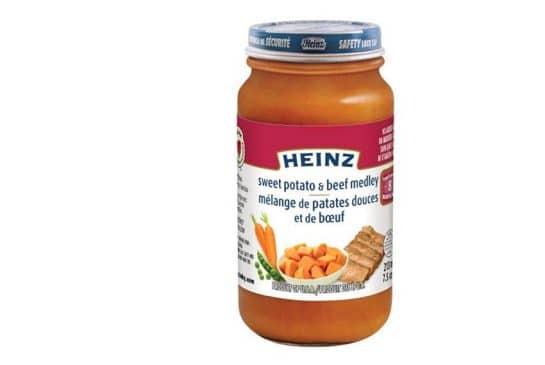 The recall warning said that the concerns were raised during a CFIA investigation.

While no illnesses have been reported as a result of the possible spoilage, consumers who may have the recalled baby food are being advised not to eat it.

On April 15, Heinz Canada recalled their Chicken with Broth baby food due to similar worries regarding the seals on the packaging.