Home » The Beckhams Support Romeo As He Runs A Mini Marathon in London!

David and Victoria Beckham were on the sidelines with boys Brooklyn and Cruz on Sunday as their middle son Romeo competed in the children’s London Marathon. 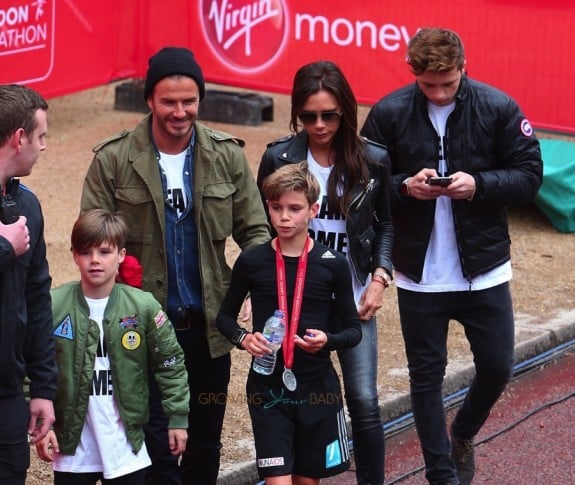 While outfitted in ‘Team Romeo’ shirts, the Beckhams took pictures of their little sprinter with his oldest brother after the race. 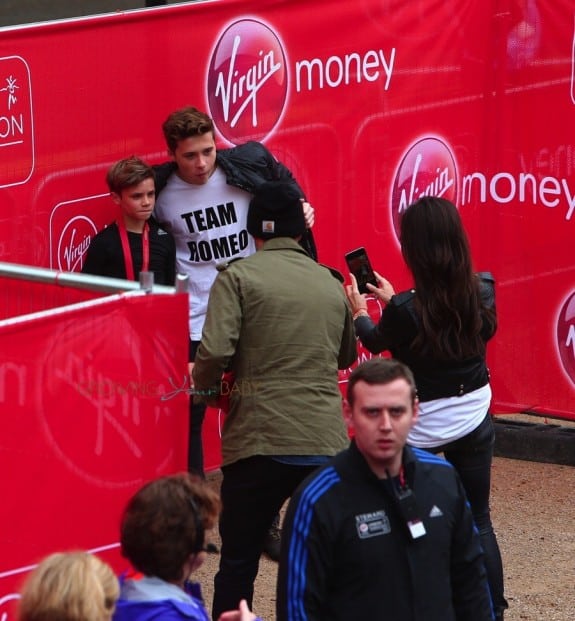 Brooklyn posted the picture on his Instagram account along with a note that said, “Congratulations Romeo for raising £6,000 for UNAIDS and 7 Fund.” 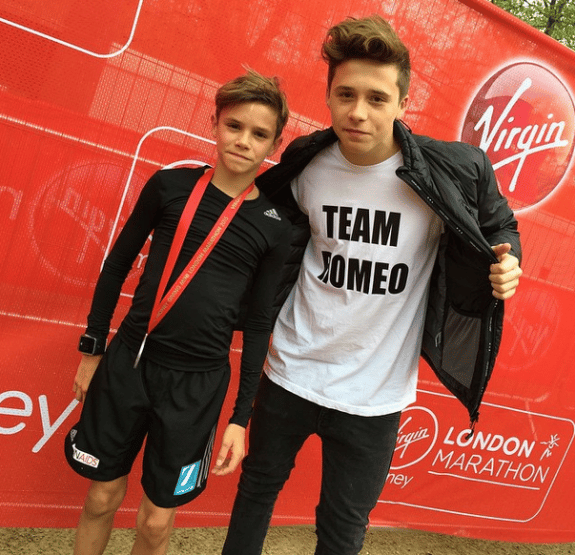 The family returned home to the UK last week after spending a month in California. They won’t, however, stay in London for long. David turns 40 next week and it is rumored that he will celebrate his milestone birthday in Marrakech, Morocco with friends and family at one of the area’s luxury resorts.