The most amicable marriage dissolution ever?  Just 3 days after finalizing the details of their divorce Hilary Duff and Mike Comrie were spotted arriving in Hawaii with their son Luca. 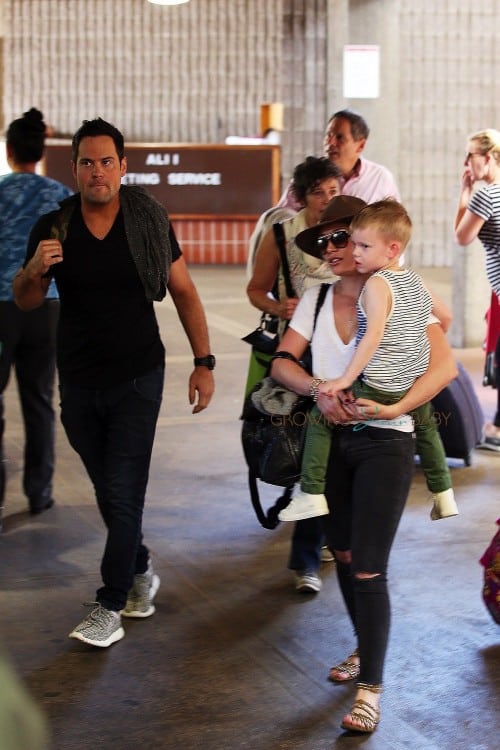 The couple took turns carrying their son as they navigated their way through the Maui airport. 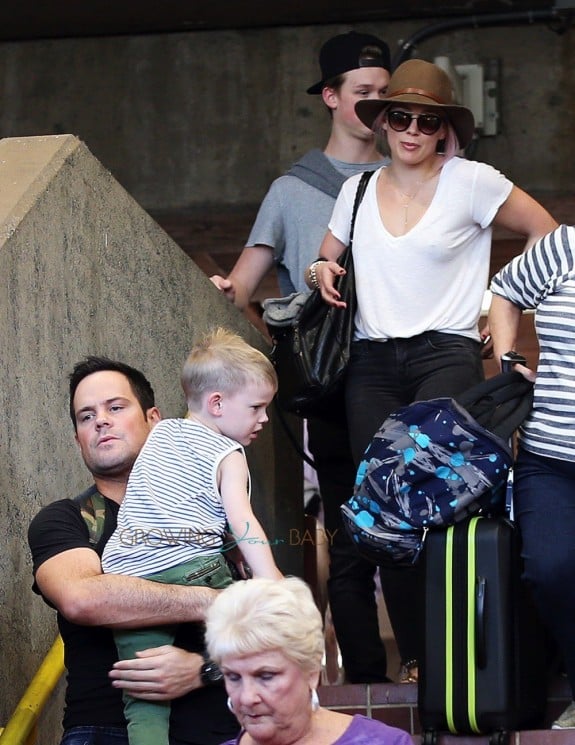 TMZ reports that as part of their divorce settlement Hilary must pay Mike $2,408,786, but she gets to keep their Beverly Hills mansion and other property as well.  Mike also gets to keep his 2014 Bentley coupe, a 2013 Mercedes G-Class SUV and a bunch of jewelry.

They will have joint custody of their 3-year-old son Luca, and will have to split the child-rearing costs and neither gets spousal support.

During an appearance on the Ellen Degeneres Show, Hilary told the host that she and Mike have a great relationship.

“We have such a great kid, and we’re both so obsessed with him. We are good friends and we laugh a lot and we have a great communication. We share pictures when one is not with Luca. Yeah, he’s great. We are great and we keep on trucking.”

They definitely do!  They’re often spotted at the park or at events together.