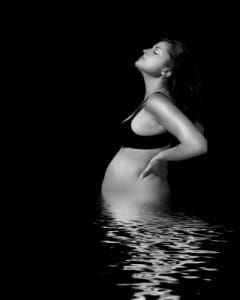 Edwards Hospital in Illinois has become the first hospital in the place to halt elective deliveries before 39 weeks of pregnancy. This move has been taken as part of the March of Dimes pilot project that also involves 6 other Illinois hospitals.

According to Pat Bradley, obstetrics director at Edward Hospital, the number of people opting for deliveries before 39 weeks of gestation had gone up dramatically which had resulted in an increased number of preterm babies. This move will help to curb the alarming rise.

The hospital staff is making use of a March of Dimes tool kit that has information, research and education materials that help them know the right time and the right reasons for inductions and C-sections. The staff has already been trained on how to use the kit and posted it in the hospital website. Doctors are also making patient education material available.

According to the staff there are various reasons sited for early deliveries, like dad leaving town, mom uncomfortable with the pregnancy, wanting a particular doctor to deliver the child etc. Of the 28 percent annual early births at the hospital half of them are due to the choice of the parents.

Neonatologist Dennis Crouse, Chairman of the committee that looks after the March of Dimes project said,

“A baby’s brain, lungs and other physical functions still are developing during the last few weeks of gestation. While the medical community previously thought it was OK to deliver a baby a few weeks early, recent research indicates otherwise.”

“On closer inspection, that wasn’t the case, these infants have a much higher risk of being admitted to the intensive care unit. They have a much higher risk of having respiratory disease. Their hospital stays are usually much longer. It interferes with breast-feeding and there is evidence long term these infants may have an increased risk of some neurological issues.”

Dr. Crouse said that the American Congress of Obstetricians and Gynecologists had warned about deliveries before 39 weeks several years ago. The hospital who listened to the warning, had reported a reduction health problems of the babies and the mothers. He also stressed that mothers who have preterm deliveries also have a higher chance of having C-section which increases the complications.

“These results are proven, re demonstrated in different studies and dramatic, and that is what is so convincing. It’s motivation for us to decrease the elective deliveries, and in doing so, decrease complications to babies.”

Dr. Crouse also pointed out the other benefits of this project.

“Based on data from these hospitals, participants in the 2011 March of Dimes project can expect to reduce pre-term births and admissions to the NICU by 15 to 20 percent. That is significant from both a health and cost perspective.”

“The typical hospital bill for a full-term baby is about $2,000, he said. “That amount is at least 10 times greater when a baby is in the NICU.”

Dr. Bradley feels it is also important to educate mothers too as a recent survey shows that 70 percent expectant mothers thought it was okay to deliver after 36 weeks.

“There are always going to be some reasons you’ll have to take into consideration,” Bradley said. “But we feel if women are more educated about the benefits to the baby, they will choose to stay pregnant longer when it’s appropriate.”

There are also other hospitals in California, Texas, New York and Florida that our part of the project. – Atula, Staff Writer