Home » Hugh Grant and Anna Eberstein Get Married In London

Actor Hugh Grant and his girlfriend Anna Eberstein were photographed getting married at the Chelsea registration office on Friday, May 15, 2018. 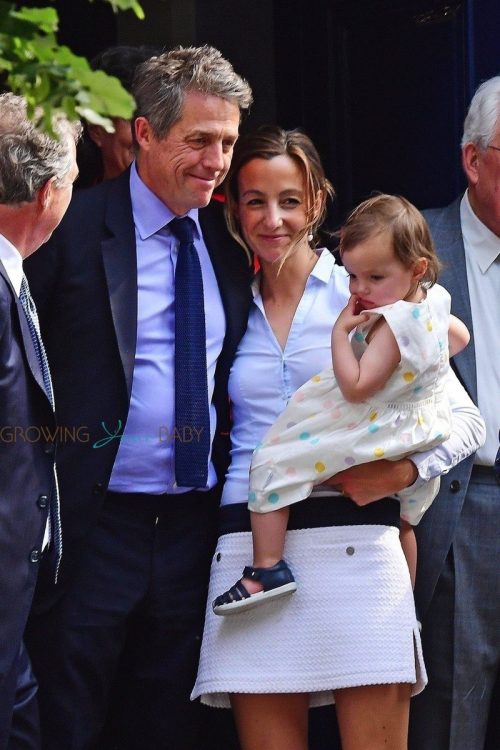 The couple, who met in a London bar 6 years ago, looked happy as they shared the day with loved ones. Both are seen with their wedding bands for the first time. 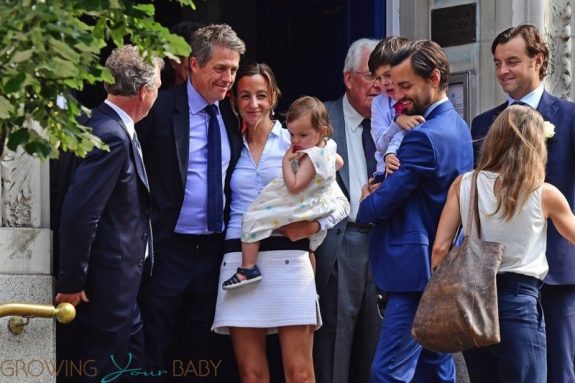 News of the pending nuptials was revealed earlier this month when their names appeared on a screen in the RBKC register office.

But really it’s about time considering Anna and Hugh have three children together. The pair welcomed their first child John Mungo Grant in September 2012. Their daughter, who was born in December 2015, was in Anna’s arms as they left the ceremony. The third child, whose sex is not known, did not appear to be present for the big day. 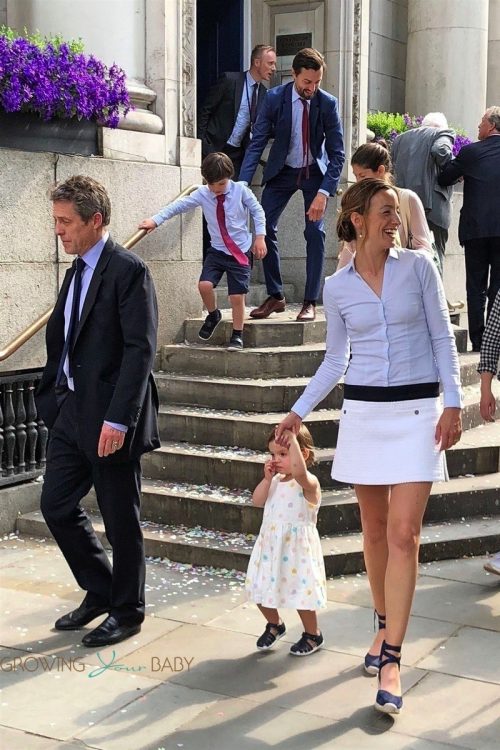 Hugh is also dad to two other kids with ex-girlfriend Tinglan Hong.

In March Elizabeth said fatherhood had changed him.

Hopefully being married will push him up to just straight miserable.