Home » Hygienists Say the Value of Flossing Should be Taught Early 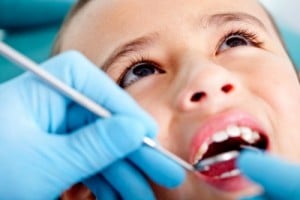 Every parent wants their child to walk out of the dentist’s office cavity free, but not all parents may realize what it takes to get that kind of check-up consistently. Dr. Anita Gartner, a pediatric dentist from Vancouver has some insight on the topic.

Many of us grew up in a time where flossing wasn’t really a priority. As a result, we may view flossing as an unnecessary or annoying chore, but Dr. Gartner says that, while she too grew up in that era, flossing should be considered daily hygiene, even for small children.

“I tell clients to floss only the teeth they want to keep,” Gartner says.

Dental hygienist Susie Paulozza in St. Lambert says that flossing is simply a part of cleanliness.

“Why shower? Why was?” she says. “Flossing is a part of hygiene.”

In between teeth, what she calls “dirt” builds up. Left to sit, it can cause gingivitis and periodontal disease.

“This plaque is an irritant and often causes the gums to bleed and it’s the location where bacteria live that causes cavities,” says Dr. Gartner. “It is also smelly.”

And it’s never too early to start. In fact, experts like Gartner suggest that parents should start flossing for their children as soon as they have two adjacent teeth. Parents should continue the ritual for their children under they have gained the dexterity needed to do it correctly. Even then, they should be supervised until they can display an ability to perform the nightly part of hygiene on their own.

“Flossing should not be introduced as a new and foreign object all of a sudden one day,” said Paulozza. “Flossing should be integrated early on and as part of the daily bedtime routine.

So how, exactly, should you go about flossing? Dr. Gartner recommends having your child lie down since it is difficult for parents to see while the child tilts their head up while sitting or standing. She also says that parents should not use the small floss threaders and that a new section of floss should be used on each tooth.

“I have seen a number of families who floss their children’s teeth with these threaders who end up with cavities anyway between their teeth,” Gartner explains. “I compare it to wiping the kitchen counters but never washing out the cloth. It’s best to use a piece of regular floss about a foot or a foot-and-a-half long. Floss should be gently threaded through the contacts, wrapped around the tooth and brought up through the contacts.”

Mother of two, Ericka Behar of Port Moody says that this is how she flosses her children’s teeth.

“Flossing is part of their whole routine,” said Moody. “When we go to the dentist and the hygienist brings out the floss, they know what it is for.” She says that she started out flossing her children’s teeth on the changing table, and now she has them lay down on the bed. “I never floss in the bathroom. It’s too hard to see. This way, they are looking straight up at me.”

Moody says that her children always have good checkups, and that they started very early. According to Gartner, this is the best way to do it.

“If kids learn to floss at a young age, then they grow up with the expectation that flossing is normal and not a chore – basically it develops a good habit,” she said.