On October 19th, 2007 Manna Manley welcomed her quintuplets into the world after only being pregnant for 28 weeks. 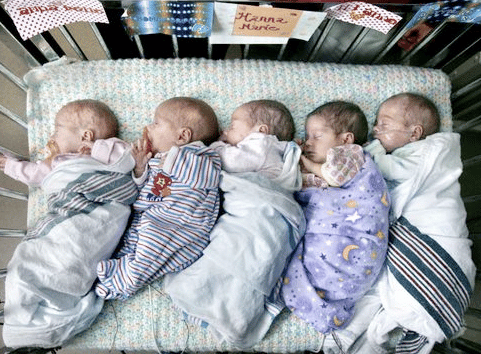 On January 7th Lili and Hanna were released home and the couple is expecting the three remaining babies to follow in the weeks to come.

Indystar.com got this exclusive photo of the five bundled up in a crib.

The couple’s official site has more pictures and updates.