It was a harrowing journey to the hospital for Ben and Rachel Kohnen, one that rivaled some of the high-speed chases we see on television. And it all started with a little girl who didn’t want to wait.

Driving 30 miles an hour over the speed limit, Ben was barreling down the highway early Tuesday morning when police started pursuit. Rachel, who was very much in labor, didn’t want him to stop the car so Ben kept driving. 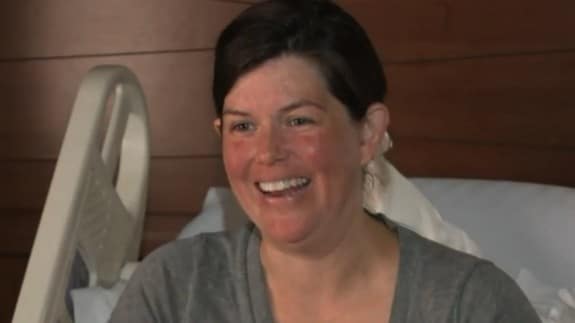 She had already called 911 to talk to dispatchers about the police officers behind them, sirens blaring, ordering that the couple pull the car over and stop. Unfortunately, it was Rachel that had hopped on the phone first and the dispatcher was having a hard time understanding her.

“Okay, I can’t . . . you need to calm down because I can’t understand what you’re saying,” the dispatcher had told Rachel.

That was when Ben, still barreling down the road, took the phone from her to try and explain their predicament. 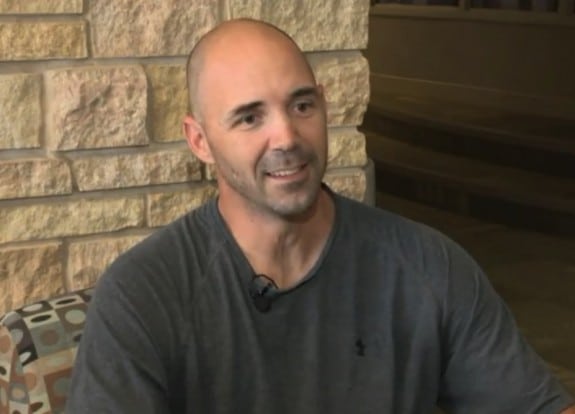 “Ma’am, we are heading to the hospital,” he told the operator. “My wife is having a baby and it’s coming out.”

But just moments later, officers laid tire spikes out on the road ahead of them. Their tires popped and they were left with no alternative but to stop. They were ordered out of the car and down onto the ground, but as soon as officers realized that Rachel needed help, they changed their course of action.

“Once they figured out I was pregnant and very much in labor, they all responded in kind and really appropriately,” Rachel said of the officers. 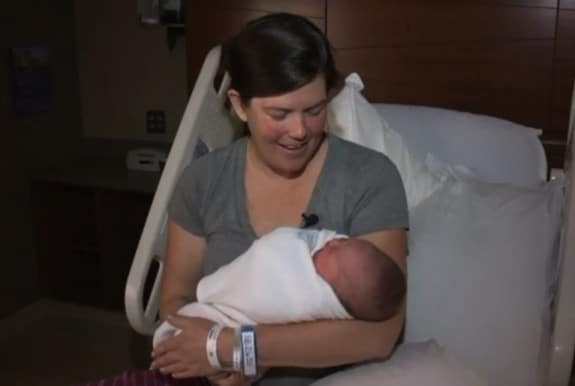 The couple was then escorted to a nearby hospital. And, we are happy to report that, despite her action-packed entrance into the world, little Hazel was born a perfectly healthy baby girl. 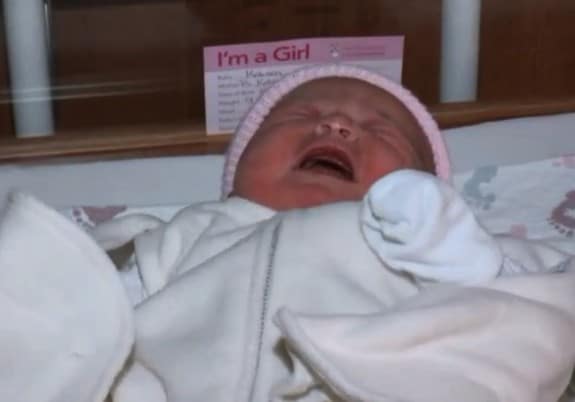