Home » Jason Biggs Steps Out With His Family In NYC

Jason Biggs and his wife Jenny Mollen were spotted out in SoHo on Saturday morning headed to the park with their son Sid.

The actor carried his little guy on his shoulders, while Jenny pushed the stroller. 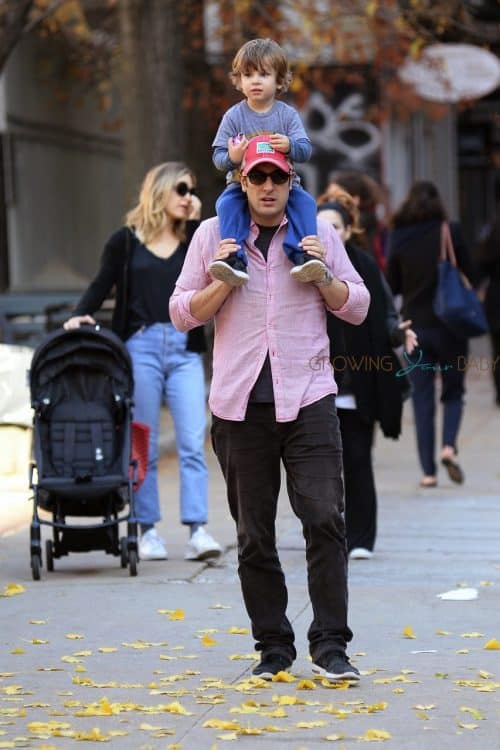 While at the park she used the stroller to sit in as she and Jason watched Sid play with a farm set. 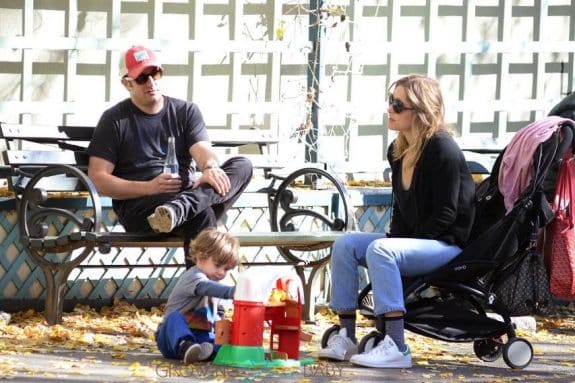 Later on, Jenny shared a photo of the family at the Moana premiere where Sid was wearing a cute embroidered tee that read, “Being Raised To Tear Down That Wall” in response to the Trump controversy. She also addressed the ‘Hamilton’ by saying,

“If he thought the cast of Hamilton was disrespectful, just wait until he meets Sid Biggs. ” 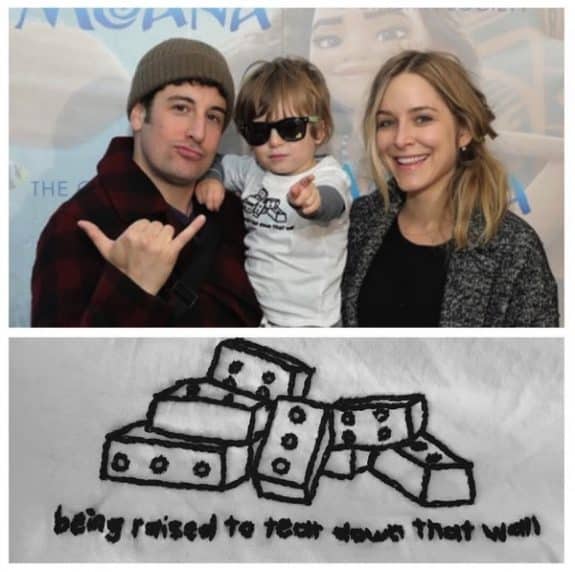