Home » Jeff Gordon & His Family Play At The Beach in Miami!

Jeff Gordon and his wife Ingrid Vandebosch were photographed playing on the beach in Miami, Florida with their kids Leo and Ella on Thursday November 15th. 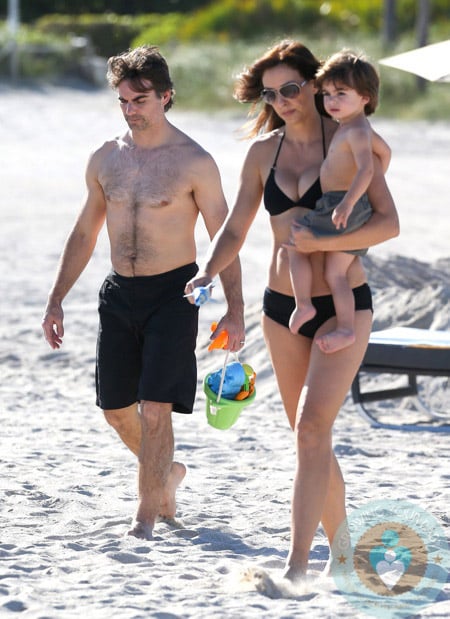 In town ahead of this weekend’s season finale at Homestead-Miami Speedway, the Gordons had a blast building sandcastles together and swimming in the ocean.

He will be allowed to close out the season in Miami despite his actions in Sunday’s race, which triggered a brawl in the pit area between the two drivers’ crews.

‘Things just escalated over the year and I’d just had it,’ Jeff said. ‘Clint has run into me numerous times, wrecked me and he got into me on the back straightaway and pretty much ruined our day. I’ve had it, fed up with it and got him back.’

Hopefully a day at the beach is what the family needed to put the drama behind them.