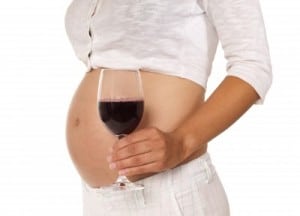 Those in the latter group tend to base their views on the fact that no one really knows how much alcohol consumption is safe; even women who drank only moderate amounts of alcohol during pregnancy have given birth to babies with fetal alcohol syndrome. There is a new concern on the table thanks to researchers from Oxford and Bristol universities. They say that even moderate drinking during pregnancy can decrease the IQ of a developing fetus.

Unlike other studies involving IQ levels and alcohol consumption during pregnancy, this particular study examined the genetic makeup of each child. Genetic changes not connected to social or lifestyle effects were ruled out. In all, researchers linked four genetic variants to lower IQ at age eight. For each genetic modification, IQ was lowered by nearly two points.

Researchers noted that, while a casual effect could not be proven, the way the study was conducted strongly suggests that alcohol exposure was the cause of lowered IQ in the children. Dr. Ron Gray, from Oxford University, lead researcher on the study, added that, while the effects may seem small, lower IQ has been linked to social disadvantages, poor health and even premature death. He says the evidence should reinforce former evidence that alcohol abstinence during pregnancy is best.

“It is for individual women to decide whether or not to drink during pregnancy, we just want to provide the evidence,” Dr. Gray told BBC News. “But I would recommend avoiding alcohol. Why take the risk?”

Yet despite the evidence, Dr. Clare Tower, consultant in obstetrics and fetal maternal medicine at St. Mary’s Hospital, Manchester, who was not involved in the study, says that women who’ve already consumed alcohol during pregnancy shouldn’t’ be overly concerned by the findings. She cited another study found no effect on IQ at five years among children born to mothers who’d consumed alcohol during pregnancy.

“Current UK advice is that the safest course of action is abstinence during pregnancy,” Dr. Tower told BBC News. “The finding in this study would concur that this is undoubtedly the safest advice. [But] it is likely…that any impact is likely small and not seen in all women.”