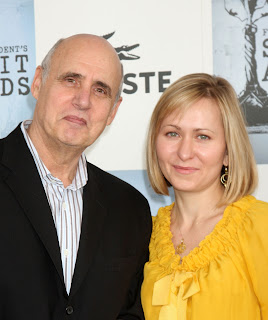 The 64-year-old actor made the announcement Wednesday night on “The Late Late Show with Craig Ferguson,” saying, “I’m very excited.”

The funnyman told Craig the moment his 41-year-old wife revealed she was pregnant was a blur.

“I’m developing all the symptoms my wife has. She gets a headache, I get a headache. She gets gas, I get gas,” he said with a laugh.

The twins will be joining the couple’s 4-year-old son, Gabriel, in the family and the actor also has a 34-year-old daughter, Molly, from a previous relationship.