Jennifer Garner was spotted arriving to an early morning Church service in Brentwood with her three kids, Samuel, Violet, and Seraphina on Sunday September 11, 2016. 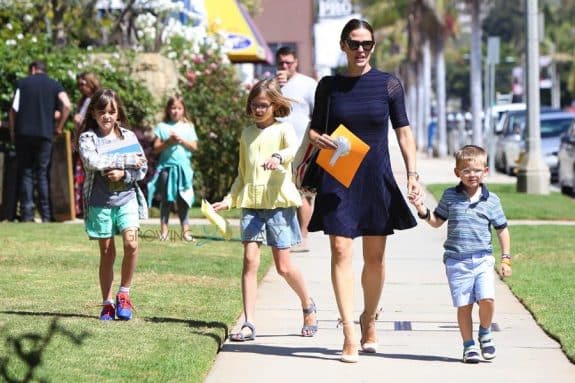 Pretty in a navy fit and flare dress, the actress ushered each one of her kids out of the SUV and into the building. 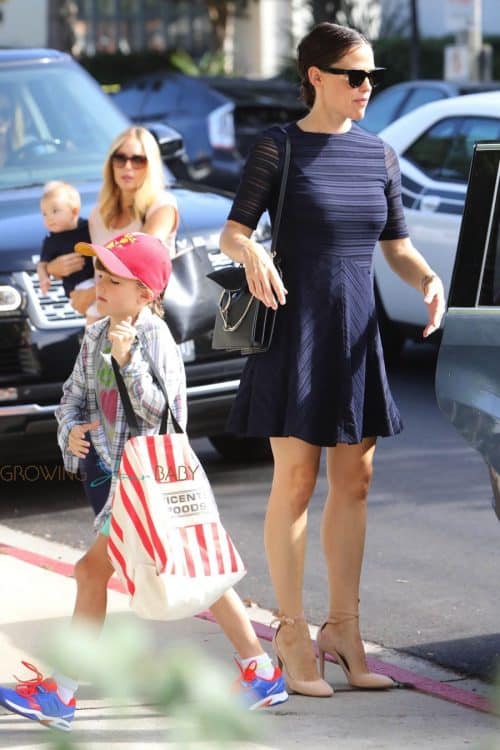 Jennifer is fresh off a trip to Telluride to promote her new film Wakefield.  While she was away Ben stepped in to take the kids to church, and later the market.   The film is also playing at the Toronto Film Festival, but it’s unclear whether or not Jennifer is scheduled to appear at TIFF to give it more support.

Ben and Jen will go back and forth over the next couple months promoting their upcoming projects, with Ben going next to premiere The Accountant in October.  The actor is currently filming Justice League in London.