Parents-to-be Jessica Simpson and Eric Johnson were spotted enjoying a couple’s night out at Mr. Chows in Beverly Hills on Friday night(March 16). 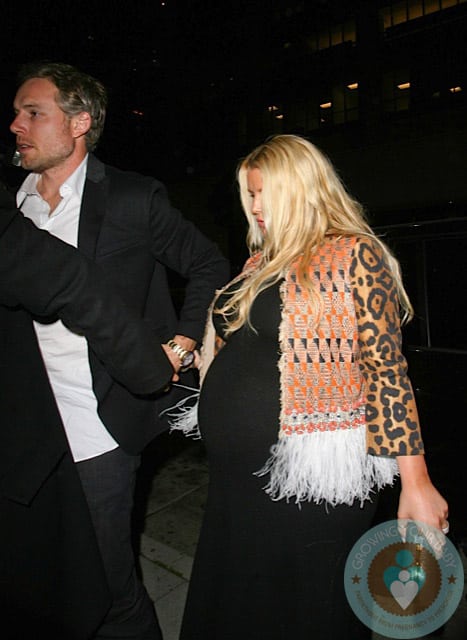 The singer, who recently told Jay Leno she’s ‘waddling now’, was helped out of her SUV by an attendant and then escorted into the upscale eatery by her fiance.

With a month to go before her baby arrives Jessica spoke to Ryan Seacrest this week and revealed that although she’s at her heaviest weight, she felt her sexiest ever posing nude on the cover of Elle Magazine.

It’s funny to be at your heaviest and feel the most confident. I just take such pride in being a mom. I just love my body more than ever now.’

Jessica and Eric expect a baby girl on April 20th and from the looks of things they are getting in as much couple time as possible before then, which we think is a great plan!