Home » Daycare Owner Locked Up for Locking Baby Away in Basement 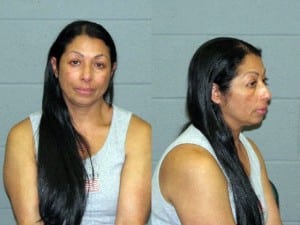 In-home daycare owner Catalina Reyes, 54, was arrested after a Department of Health inspector discovered a baby crying in a very strange place – the basement.

The inspector had visited Reyes’s daycare for an unannounced inspection. While there, the inspector noticed the infant crying and followed the sound to investigate. The sound took her to the home’s crawlspace where a 6-month-old infant was strapped into her car seat.

Authorities were called to handle the situation and Reyes was arrested. They stated that the infant had not been changed, had received no supervision, no food and no liquids for at least four hours.

Reyes’s lawyer, Ralph Crozier, challenges the police statement, however. He says that the infant was not a part of the daycare and that Reyes had only placed the infant into the crawlspace to avoid penalties during the inspection.

“On the day in question, a neighbor and a friend came by with their kid in a car seat and asked ‘Can you watch my child for a short period of time,” Crozier stated. “When the knock came on the door from the people in the state, she panicked and thought ‘Oh, I’m in trouble now because I have another child here.’”

According to Crozier, Reyes had already received a warning about being over capacity and was extremely worried about getting in trouble for this inspection. So, to avoid any repercussions from being over capacity, she hid the extra child in the basement. Crozier also claims that Reyes had checked on the child regularly during the inspection and says that the infant was not neglected while in her care.

Reyes has surrendered her license, but Crozier stated that he intends to help her reinstate it. As for the other children at her facility, they were all returned to their parents unharmed.