After spending the last couple months on tour, Jillian Michaels is settling back into her life in Los Angeles with her family. The celebrity personal trainer was photographed over the weekend out for lunch with her partner Heidi and kids Phoenix and Lukensia. 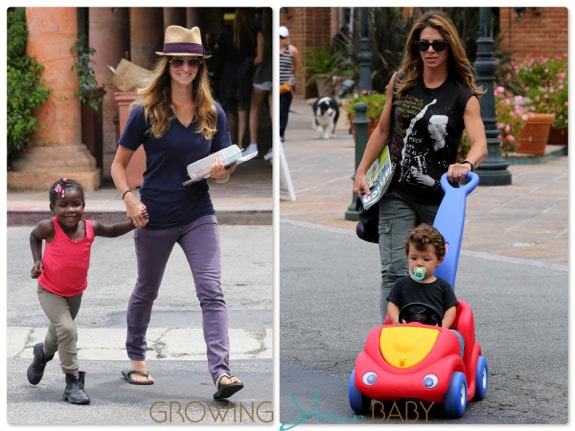 A smiley Lukensia stayed close to Heidi while Phoenix cruised in Step2’s Push Around Buggy.

Jillian recently told sat down with Shape magazine and talked about being thrust into motherhood,

You really get confronted with all of your immaturity and selfishness. It forces you to grow up and to be realistic and to make true sacrifice.

Jillian and Heidi’s family happened fairly quickly, which was likely a bit of a shock for both of them.  At that time the Biggest Loser star was honest about their struggles.

Now, a year later, the moms looking like they are pros!