Home » Julie Bowen Takes The Boys Out For A Walk

Julie Bowen of ABC’s Modern Family was spotted out for a walk with her mother and twin boys, Gus and John in LA yesterday. 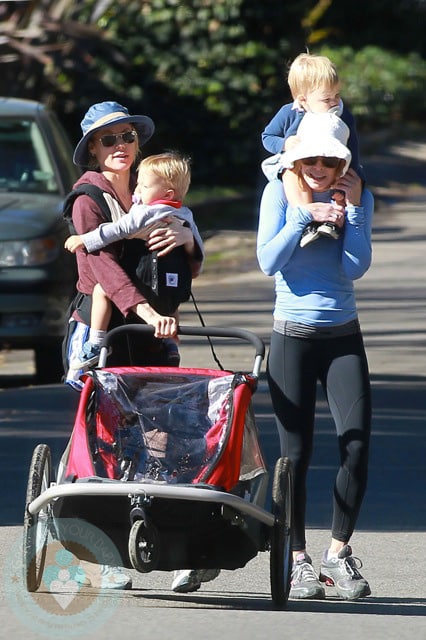 The actress certainly had her hands full with the two boys. At one point, she carried one in the ERGO baby carrier while she pushed the other along in a Croozer 2-in-1 Jogging Stroller. Then mom took over and helped carry one of the boys on her shoulders.


At the People’s Choice Awards earlier this month, the actress talked about what being a mom has done to her figure and diet saying,

”No human being will ever see my stomach again, including my husband. My children do not give me a chance to eat. I’ve been eating nothing but leftover waffles for a year and a half!”

The actress and her husband, Scott Phillips, are parents to three. Their three-year-old son, Oliver, completes the family.