The moment many have been waiting for happened during the finale of Kris Jenner’s television show on Friday. Baby North West has finally been revealed and she is pretty cute! 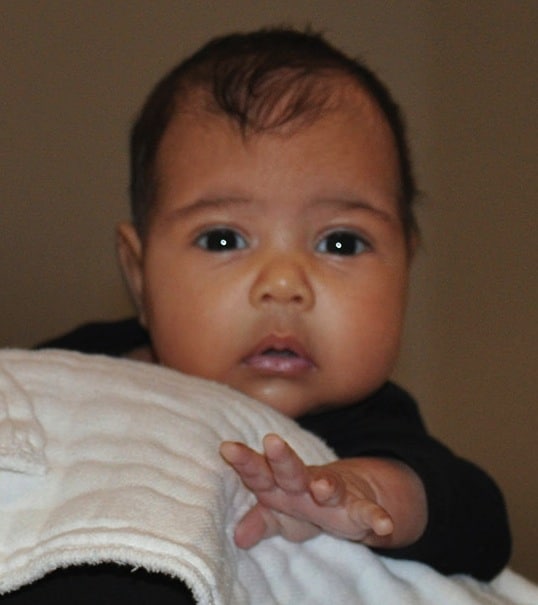 A mix of her mom and dad(naturally) Nori, as the Kardashian clan calls her, is a bright-eyed, round cheeked little babe.  Proud papa Kanye West showed a snap of the baby, who is being held by her mom Kim Kardashian, to the talk show’s audience earlier this week.

The photo ends the ‘chatter’ as Kanye would call it, about the infant’s appearance.

During the interview, which aired on Friday, the normally private singer opened up to his future mother-in-law about losing him mom, welcoming his daughter and becoming a member of the Kardashian family.  The birth of Nori gave him ‘someone to be accountable, someone to be responsible for.’ 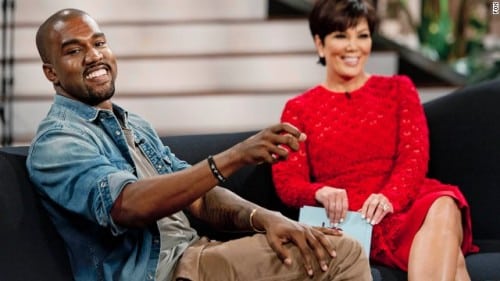 “After I lost my mother there were times I felt like I would put my life at risk, I felt like sometimes I didn’t have something to live for. Now I have two really special people to live for, a whole family to live for. I want people, when they remember me and my family, their thought association to be someone who helped, someone who brought joy.”

His job now is to protect her.

” The thing I think about as a dad is just protection. That’s my only goal, ” Kayne told Kris “to protect my daughter. That’s my instinct. ”

“To give my daughter as many opportunities to just be a child. Of course, a big thing that plagues us is this idea of the paparazzi chasing a 5-year-old around and screaming at them. … You have enough things to deal with and to learn being a new parent and you add that on top of it, and it becomes really intense.”

North West is the first child for both Kim and Kanye. Congratulations to the couple. She is beautiful!