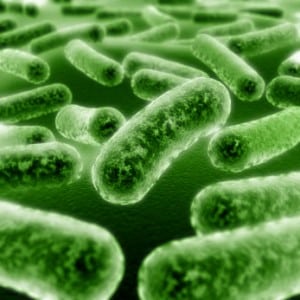 In the United States 55% of the population has tested positive to one or more allergens. Ranking 5th among other leading chronic diseases in the U.S., food allergic reactions cause 30,000 people to visit the ER in the U.S. each year. Could that be reduced? Researchers hope so!

Women, who take probiotics, the ‘good bacteria’ supplements during pregnancy and give their babies the same early in life, have children with lower risk of allergies finds a new study.

Senior author Dr. Erick Forno of Children’s Hospital of Pittsburgh said that it is still too early to compulsorily recommend probiotics to mothers and children and doctors still do not favour it or are against these supplements.

“Based on our findings, probiotics have a protective effect against allergies, but we still have things to learn before we can give general advice to the public,” he said.

Bacteria that live in the digestive tract and the gut have been known to strengthen the immune system of the body and are said to be good for digestion. Therefore getting more good bacterias present in yogurt and yeast and packaged as probiotics, have a beneficial effect on balancing the gut microorganisms. They could also have a healthy effect on the immune system too, researchers have theorized.

Since allergies and asthma both spring from hypersensitive immune responses the researchers wanted to asses if probiotics had any effect on those conditions.

Forno said that for the trials they relied on probiotics given in pill form to control the dosage but that the same effect will be seen with natural probiotic containing food like yogurt as well.

For the trial, 25 supplements were given during pregnancy or within the first year of a child’s life to mothers and kids. They were compared with moms and kids who were given placebo supplements.

Some in the study group were given probiotics daily for a few months to a year.

The trials tracked whether kids went on to test positive for common allergies – such as peanut or pollen allergies – and whether they wheezed or showed signs of asthma, based on a questionnaire given to parents.

The researchers found that babies who were exposed to probiotics in the womb and received supplements after birth had a 12 percent lower risk of allergies in the following months and years than kids in the comparison groups.

However, the allergy risk was not reduced for babies when they were started on probiotics after birth.

According to Mimi Tang, director of the department of allergy and immunology at Royal Children’s Hospital in Parkville, Australia, postnatal probiotics may not need to be studied to see their beneficial effect, but further research is needed.

The report, which was published in the journal Pediatrics noted the researchers did not find any positive or negative effect of probiotics on the risk of asthma in children.

“It must be noted though that only a few of the studies followed subjects beyond age five and diagnosis of asthma is not clear under this age, so most of the studies are really only reporting on wheezing episodes which may not necessarily be asthma,” Tang, who was not involved in the review, said.

She added that till now probiotics have been said to be safe but it is still not clear which specific microorganisms are more beneficial than others and the dosage.

“As nations have become more industrialized and developed, they have also become cleaner, and therefore our exposure to microbes early in life has decreased, and this has decreased infections,” Forno said.

He said that according to the hygiene hypothesis, a cleaner environment has led to an increase in asthma and allergies and therefore the intake of probiotics may help induce the beneficial microbes into our body.

“The theory is that such exposures in early life helped our immune system to learn how to ‘self regulate’ and recognize what to fight and what not to,” he said.

“Our hope is that with the results from our study, researchers will move on from trying to determine ‘if’ probiotics help prevent allergies, and into ‘how’ or what the best approach may be.”