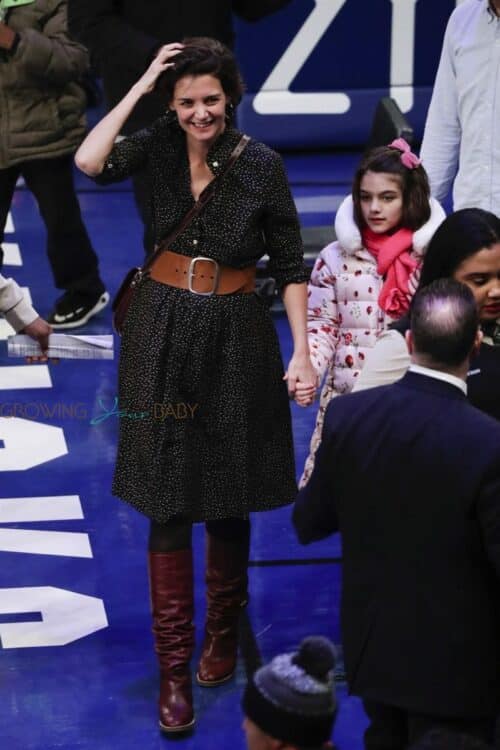 Suri was comfy in a ladybug jacket and tights, while Katie was fashionable in a polka-dotted dress and red leather boots. 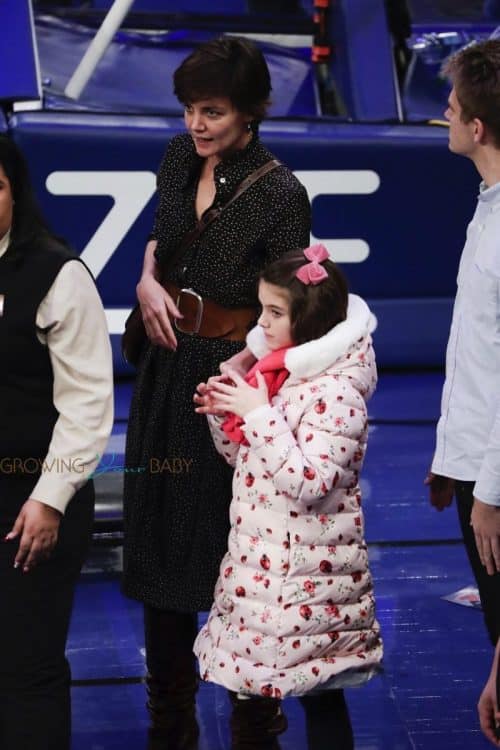 The pair may have brought a bit of luck because the Knicks won 111 to 96 over the Thunder.

Not alone, Katie and Suri were joined by Holmes’ brother Martin Holmes Jr. and her parents, Kathleen and Martin Holmes, Sr. 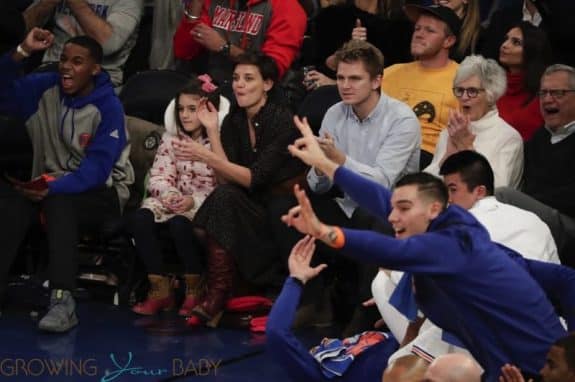 Not spotted at the game was Katie’s rumoured beau Jamie Foxx.  While the pair have yet to confirm their relationship she was in attendance at his 50th birthday party in Hollywood last week.

“She seemed like she was in a great mood. Katie wasn’t going to miss this night,” a source told E! News.

Another insider noted that while they were careful not to show any PDA, “You could tell by the way she was looking at Jamie that she really is in love and was being supportive.” It was a rare outing for the couple, who have been dating under the radar for four years. Jamie “was having an amazing time,” a source told E! News, adding the actor called it “the best party ever.”

It has been more than 5 years since Katie split from ex-husband Tom Cruise. Reports stated that, as part of the divorce, ‘She’s allowed to date, but she cannot do so in a public fashion, and she’s not supposed to let any boyfriend near their daughter, Suri.’

For this reason we may never see Katie and Jamie together at sporting events or on the red carpet.