Home » Family Fights to Save Sons with Fatal Genetic Disease

Gary and Jennie Landsman had never heard of Canavan disease until their son Benny and his infant brother Josh were diagnosed with it. Now this New York couple is fighting against the clock to raise awareness and funds to find a cure for their two sons. 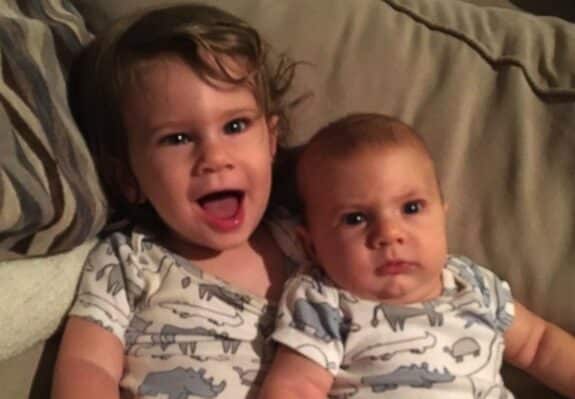 Canavan is a rare degenerative disorder and most children diagnosed with it do not live past 10 years old. The disease is most common in people with Eastern European Jewish decent, affecting approximately one in 6400 to 13,500 people in the Ashkenazi Jewish population. The frequency of the disease in other populations is unknown. Symptoms begin appearing in children between 3 and 5 months old. The disease can affect a baby’s ability to develop basic motor skills: turning over, controlling head movements, and sitting without support.

Jennie Landsman told ABC NEWS that she underwent genetic testing seven years ago, before she had her first son. At that time, nothing was detected…but over the last decade genetic testing has greatly expanded. When Jennie was pregnant with Benny, tests covered about four to ten disorders, but now doctors screen for approximately 281 different genetic markers.

Gary and Jennie had first become concerned when Benny seemed to be developing motor skills at a far slower pace than other infants his age. At six months old he was still not holding his head up or able to sit upright. That worry began the couple’s search for answers from multiple specialists. Eventually a geneticist told them that Benny was missing a certain enzyme, and they got the shocking news that their child’s disease is fatal. At the same time they were getting this devastating diagnosis, the family had just welcomed son Josh. The two-week-old infant was immediately tested. Josh also tested positive for Canavan.

They are taking life day-by-day, coping as best they can. But Gary and Jennie refuse to simply accept this fate for their boys.

Their immediate goal is to raise money through a GoFundMe campaign to pay for research into a promising new gene therapy treatment that is still in the early stages of development. They need to raise enough money to get this treatment out of the lab and delivered to patients in need. They believe these treatments could also benefit other neurodegenerative diseases such as Parkinsons, ALS, and Alzeimers.

“Accepting this fate is not something we’ll do,” says Gary. He says that his dream is to be able to one day send his sons to school.