In shocking news, it was revealed today that Katie Holmes filed for divorce from husband of 5 years citing irreconcilable differences. 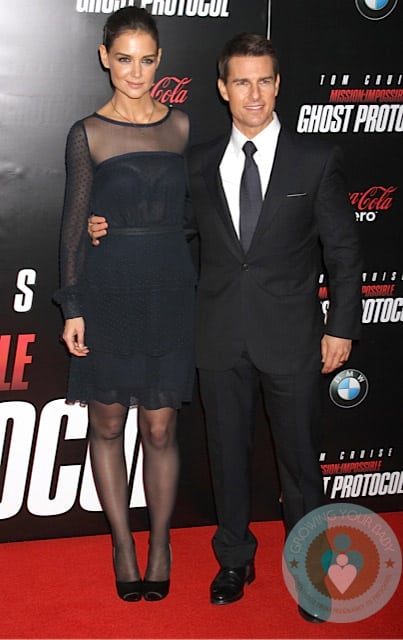 Those differences?  Tom’s religion – Scientology. Now that Suri is getting older, Katie doesn’t her to be involved in the church.

Suri is at the age when children typically begin participating in a core Scientology practice called auditing — a version of counseling in which an individual discusses painful experiences while connected to a lie detector-type device called an E-meter.

Many Scientology kids also go through a Purification Rundown in the elementary school years, the New York Daily News reports,  regime that includes vitamins and sitting in a sauna for hours on end to cleanse the body of toxins.

TMZ.com broke the news this morning noting that Tom is “very sad” and “did not see this coming.” The pair was spotted hand in hand just two weeks ago in Reykjavik, Iceland the city Tom is filming ‘Oblivion‘ in.

Kate filed anonymously in New York today possibly in an attempt to better her chances of getting custody of the couple’s daughter Suri. Tom will likely fight to have the divorce and custody hearings held in California, where their marriage was filed. 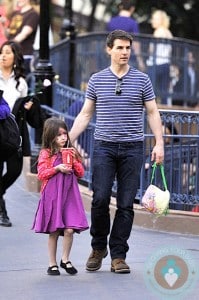 “Kate has filed for divorce and Tom is deeply saddened and is concentrating on his three children.  Please allow them their privacy to work this out.”

At the premiere of Rock of Ages last week Tom gushed about his love and respect for Katie saying,

“Nothing’s more important than my wife, my children.  She’s an amazing woman, and I have amazing kids. …I feel very lucky.”

If religion is the issue.  I wonder if his love for his family will trump his religion.  I guess only time will tell…