Home » Kayte & Kelsey Grammer Relax in The South of France

Kelsey Grammer and his pregnant wife Kayte were photographed relaxing on their hotel balcony in the South of France. 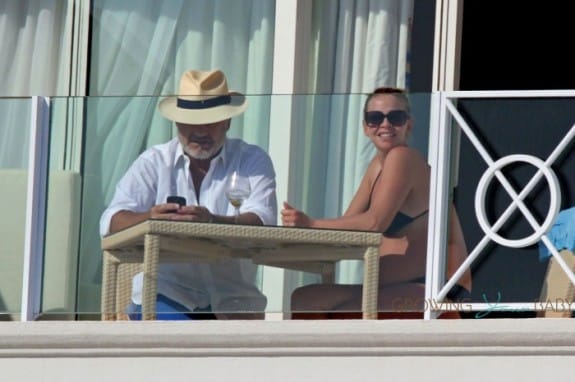 Pregnant with her second child, Kayte looked beautiful in black bikini.  Her growing belly was on full display as she looked over the balcony of her suite at the trendy Eden Roc Hotel. 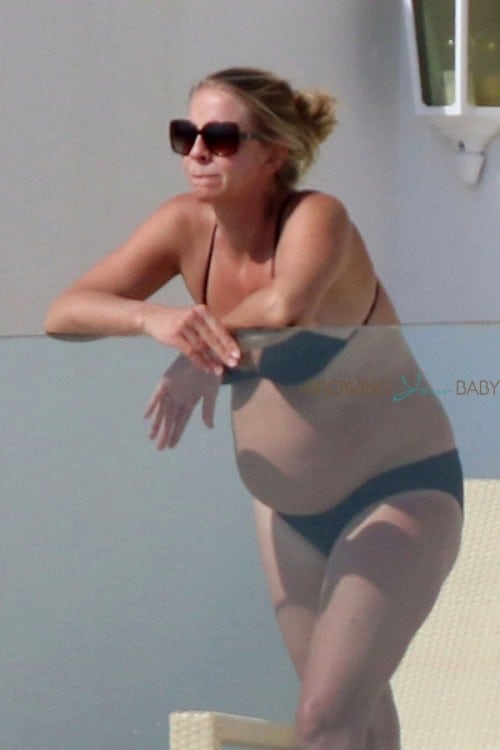 Later the family headed to the pool to cool off.  Kelsey was spotted splashing in the water with his daughter Faith. 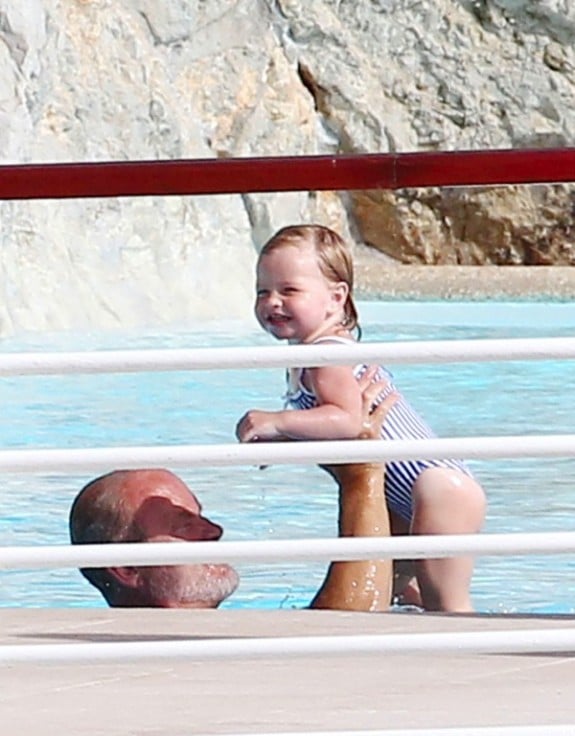 For the past few weeks Kelsey has been in London filming his new movie Breaking The Bank.  The family is in Cannes while the actor promotes his new action flick, The Expendables 3.  The trip is also a nice break for the family before the new baby arrives.

The baby boy or girl will join Kelsey’s other children Spencer, 30, Greer, 22, Mason, 12, and Jude, 9, from previous relationships.