It was a family affair for Kelly Ripa as she was honored with a star on the Hollywood Walk Of Fame on October 12, 2015. 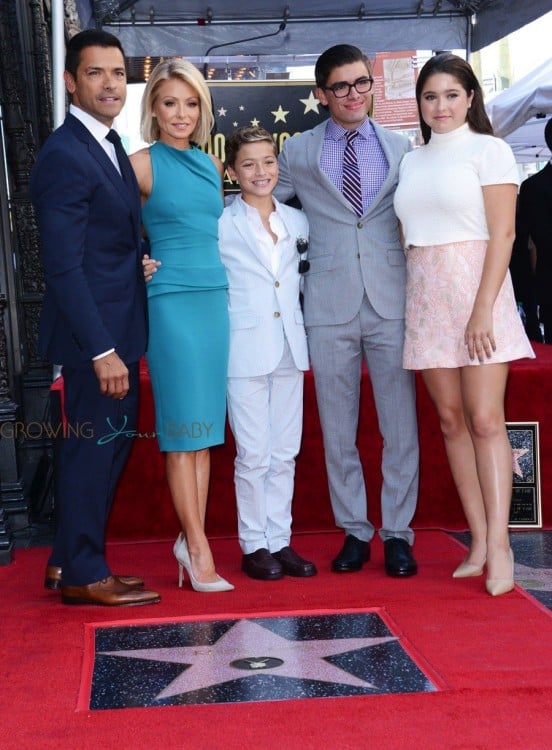 With her husband, Mark Consuelos, kids, Joaquin, 12, Lola, 14, and Michael, 18, by her side, the talk show host celebrated the accolade in sunny in Hollywood, California.

Kelly was pretty in a figure hugging teal dress that she paired with white pumps. 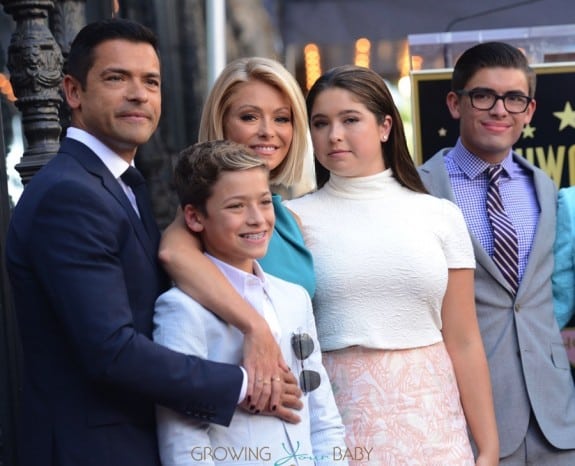 Her daughter Lola was chic in a white top and pink skirt, while Michael was a spitting image of his father in a light gray suit. Joaquin stole the show in a pale blue Miami Vice suit that he accessorized with black shades.

The host of “LIVE With Kelly and Michael” for the past 15 years,  Kelly has won a Daytime Emmy for Outstanding Entertainment Talk Show Host three times in the past five years.

On hand to introduce her was fellow ABC host Jimmy Kimmel. 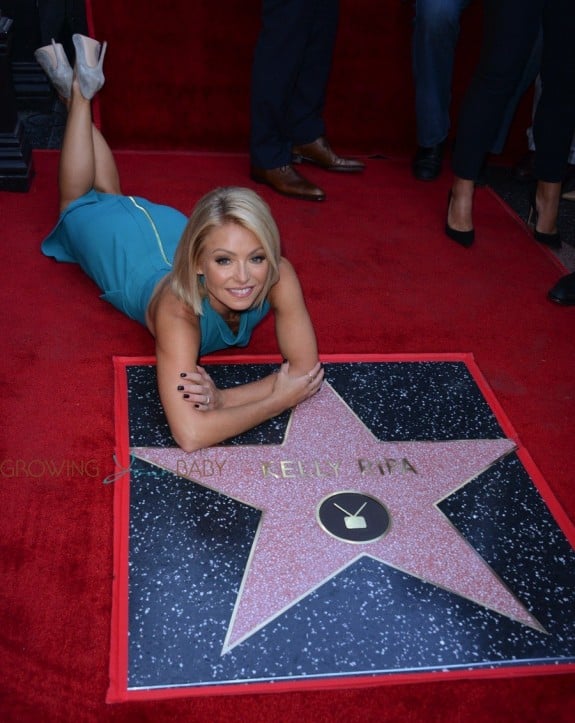 During her speech the petite star acknowledged some of the actors she has worked with.

“You have to surround yourself with people that are better than you and that’s what I’ve managed to do in my career,” she said. “I joined this incredible acting community in ‘All My Children,’ and it was a brilliant ensemble cast. Then I got to sit next to Regis Philbin, who taught me how to be a story teller.”

She continued, “Now, I get to share my mornings with my Michaels. Both Gelman…and of course, nothing makes me happier than starting my day with my Michael Strahan, who has made me a better person.”