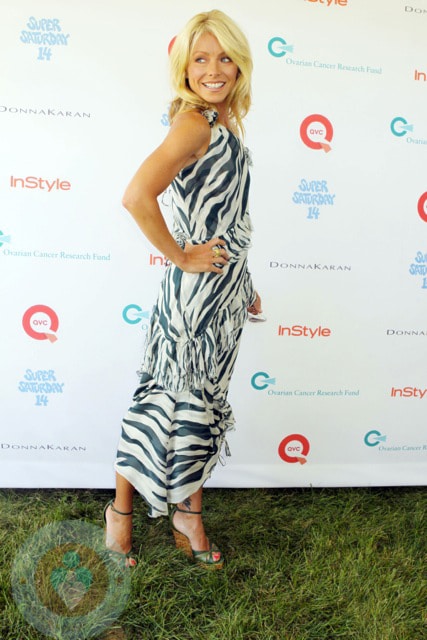 In addition to the shopping, Super Saturday 14 had lots of rides, games and arts and crafts for the kids.

Super Saturday was created in 1998 by Donna Karan, the late Liz Tilberis and OCRF’s President Faith Kates Kogan. Karan has underwritten the event since its founding and all net proceeds raised go directly to OCRF’s research programs. InStyle has been a sponsor and host of Super Saturday since 2001.

As expected, there were a lot of celebrities on hand. Super dad Mark Feuerstein pushed his daughters Freddie and Lilly in a Baby Jogger City Mini Stroller while backpacking 1-year-old daughter Addie in a Dueter Kid Comfort Carrier. Edie Falco brought her kids Anderson & Macy and Matthew Settle shopped with his daughter Aven.