Gossip Girls actress Kelly Rutherford talks to US Magazine about preparing for the arrival of her second child with hubby Daniel Giersch — and at the same time, breast-feeding 2-year-old son Hermes. 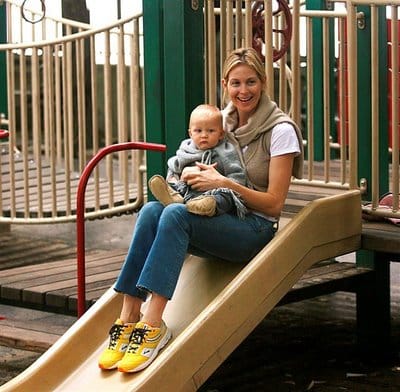 “It’s an amazing bond with your child,” says the mom-to-be, 40. “Some cultures do it up to five years, normally. I thought, ‘Well, I’ll just do it as long as it feels right for my son.'”

What’s more, she says, “I was thinner after my pregnancy than before, and I think a lot of it was the nursing. They say it helps your body get back to shape in a natural way.”

While some people don’t think that breast feeding while pregnant is a good idea, the La Leche League makes these good points: