Kerry Washington was beautiful in a blue Calvin Klein collection dress while on the red carpet at the 2014 Essence Black Women in Hollywood Luncheon at the Beverly Hills Hotel on Thursday (February 27) in Beverly Hills. 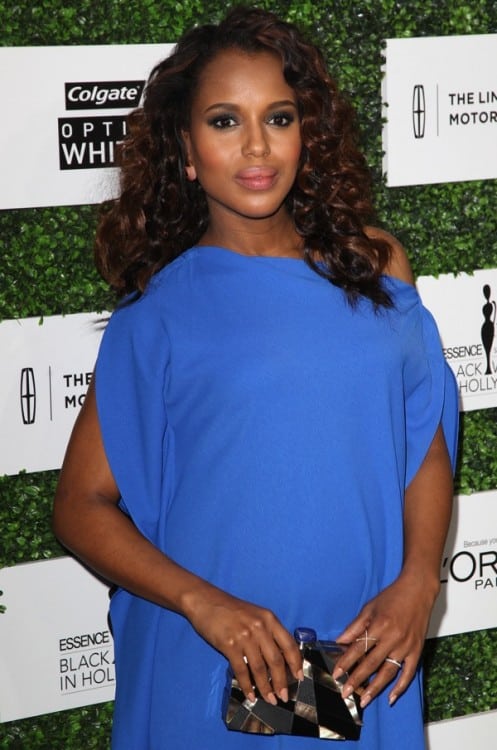 The mama-to-be patted her belly while posing for photographers as she made her way into the event.  About 34 weeks, Kerry looked incredible in her flowy frock and Jimmy Choo shoes!

It has been busy week for the actress who attended the NAACP Image Awards on Saturday night and then her own baby shower the next day.  She was photographed filming on the set of Scandal this week, and will present an award at the Oscars on Sunday.

The third  season of her show Scandal was trimmed from 22 episodes to 18 so that means she will have some time to put her feet up and prep for baby very soon!