Most women would assume that it’s easier to have a baby through surrogacy. After all, someone else gets to endure the mood swings, swollen ankles, and stretch marks. Reality television star Kim Kardashian West says that assumption is wrong. 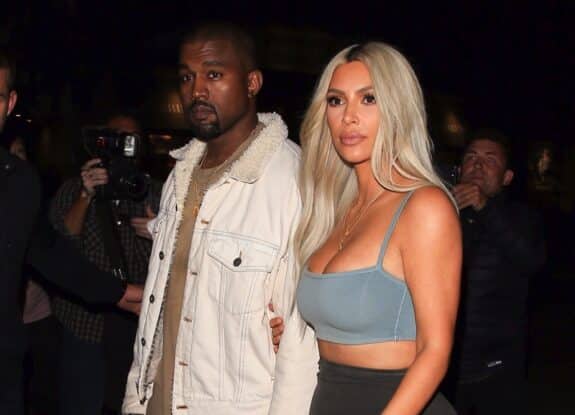 “You know, it is really different,” 37-year-old Kim Kardashian West told PEOPLE. “Anyone that says or thinks it is just the easy way out is just completely wrong. I think it is so much harder to go through it this way because you are not really in control.”

“Obviously, you pick someone that you completely trust and that you have a good bond and relationship with, but it is still … knowing that I was able to carry my first two babies and not my baby now, it’s hard for me,” she adds. “It’s definitely a harder experience than I anticipated just in the control area.”

And it’s not because she wants to experience the pregnancy, necessarily. She confessed that she “hated being pregnant,” and thought that this way was going to be easier. In fact, she may have even still felt that way when she announced in April that doctors had advised her against any further pregnancies, due to her history with placenta accreta during her previous pregnancies.

“I think it is definitely a different experience and I am blessed that I am able to do this, and technology is the way that it is that we can do this,” Kim said. “But it is still a process that you need to digest,” adds the star. “Even the fact that it is happening — and you do forget sometimes — because I think, when you are pregnant, by the time you have the baby, you are so prepared and so ready, and now I am just like, ‘Oh my God, I am going to freak out because I’m not ready and I’m not prepared,’ but it’ll just all [fall] into place . . . That inner struggle is kind of hard, but I am just rolling with it and it is what it is.”

Still, the family isn’t letting the anxiety and strangeness of having someone else handle the pregnancy damper their excitement. Over the weekend, the third-time-mom-to-be threw a cherry blossom-filled shower for their baby girl. North was also present at the celebration, dressed in a pink ensemble that matched the evening. It also appears that North is starting to warm up to the idea of a new baby.

“They are excited,” Kardashian West told ET. “I don’t know if they don’t feel it as much because they don’t see my big belly and probably hear me complaining every two seconds . . . But we do talk about it a lot, so I think they are really excited . . . I don’t know how [Saint] is going to react because he doesn’t get it yet, but my daughter is really excited.”