Kourtney Kardashian was photographed enjoying a laid back birthday with her boyfriend Scott Disick, son Mason and daughter Penelope at Capella Pedregal hotel in Cabo San Lucas on Saturday. 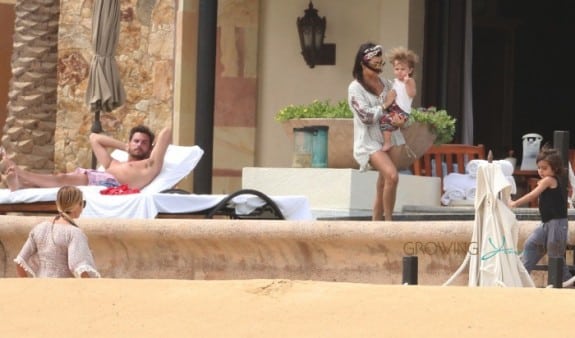 US Magazine reports that the trip, which was arranged by Scott, was kept a secret from the birthday girl. Scott tweeted a picture of the two enroute to sunny Mexico, along with a simple, “Happy birthday @kourtneykardash” 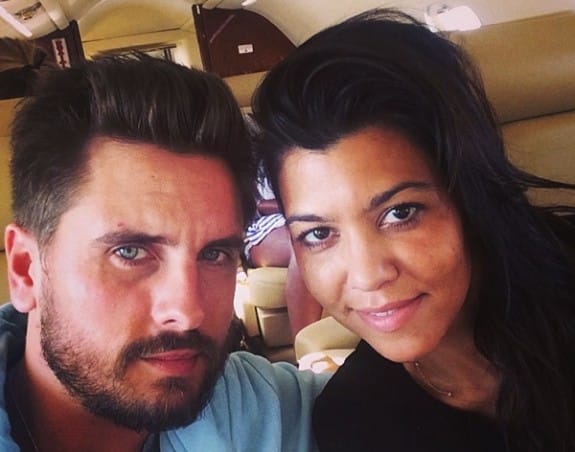 The couple was joined by friends for their beach weekend, and appeared to be staying in one of the resort’s casita suites, which start at $1800/ night.

While walking on the beach Kourtney was chic in a bohemian cover-up and cat-eyed sunglasses. 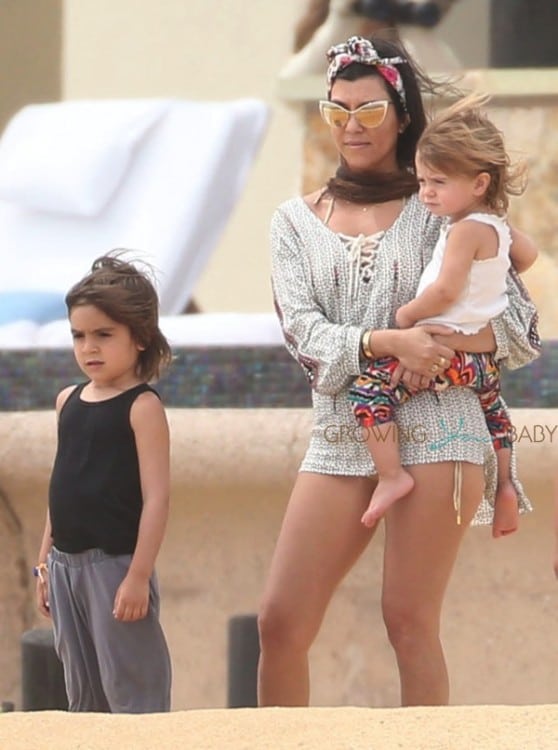 The family is currently filming the 10th season of their reality show Keeping Up With The Kardashians. Cameras, however, weren’t spotted during the birthday weekend so maybe they do keep some events private.