Kourtney Kardashian may be almost 8 months pregnant but she is not slowing down! The reality star was spotted heading to her car on Thursday after leaving an appointment in Los Angeles. 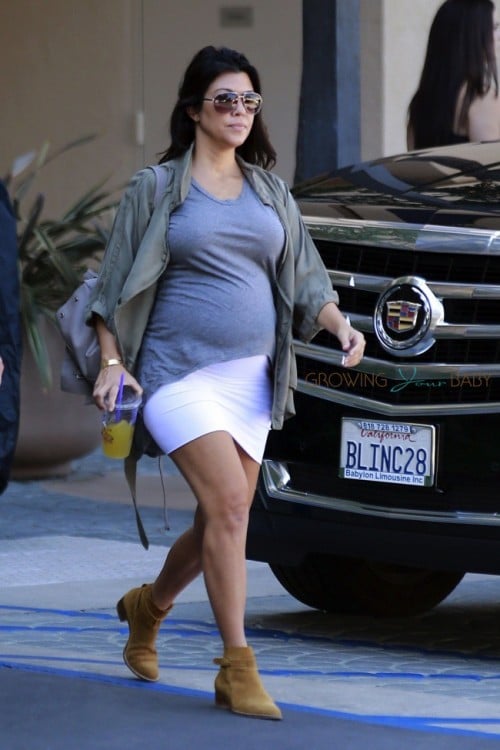 Cute and comfy in a belly hugging top and shirt, Kourtney traded her high heels for swede ankle boots. 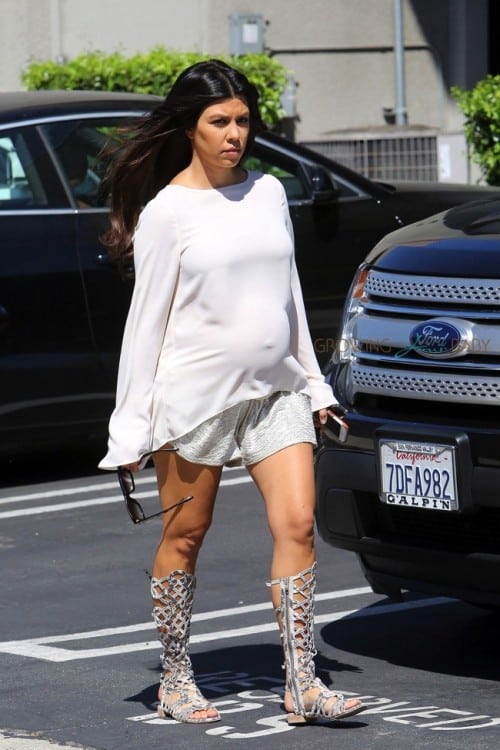 The mom-to-be was joined by her family to film scenes for their show Keeping Up With The Kardashians.

Always filming,  Kourtney, her family and Khloe wrapped production on their Summer show Kourtney and Khloe Take The Hamptons just a couple weeks ago which will premiere on E! in November 2014.