The benefits of delayed umbilical cord clamping have been researched for more than a decade, and the practice has been linked to improved fine-motor, social domains in 4-year-olds.

Now, the American College of Obstetricians and Gynecologists (ACOG) is getting behind the practice and recommending medical staff delay umbilical cord clamping for all healthy infants for at least 30-60 seconds after birth given the numerous benefits to most newborns. 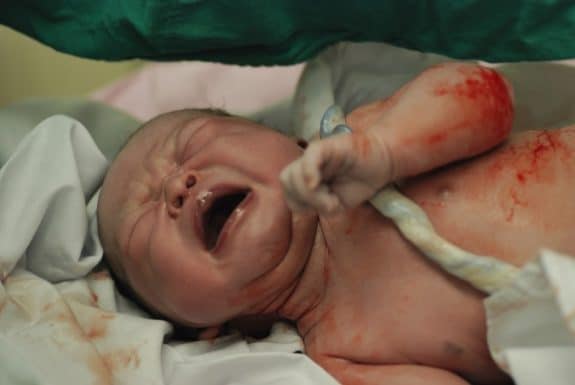 This recommendation is an update to ACOG’s 2012 guidance. The revision is based on more recent research that shows that all babies whether they are born prematurely or at term can also benefit and these benefits may have a favorable effect on developmental outcomes.

“While there are various recommendations regarding optimal timing for delayed umbilical cord clamping, there has been increased evidence that shows that the practice in and of itself has clear health benefits for both preterm and term infants,” said Maria A. Mascola, MD, the lead author of the Committee Opinion. “And, in most cases, this does not interfere with early care, including drying and stimulating for the first breath and immediate skin-to-skin contact.”

There is a small increase in the incidence of jaundice that requires phototherapy in term infants undergoing delayed umbilical cord clamping. With that in mind, ob-gyns and other health care providers should ensure that the proper mechanisms are in place to monitor and treat it.

Research does not show that delayed cord clamping increases the risk of maternal hemorrhage. According to the Committee Opinion, delayed clamping should not interfere with the active management of the third stage of labor, including efforts to minimize maternal bleeding after birth. In situations when there is maternal hemorrhage or hemodynamic instability, abnormal placentation, need for immediate resuscitation of the infant, or when infant placental circulation is not intact, immediate clamping is appropriate.

Umbilical cord milking is when the blood is manually pushed through the cord toward the infant before clamping and is sometimes considered for rapid blood transfer when a 30-60 second delay after birth is not possible. Currently, there is not enough evidence to support or refute the benefits of milking, although more research is underway. In the case of umbilical cord blood banking, delayed clamping significantly decreases the yield of cord blood, making it less likely to meet donation or banking criteria. While ACOG finds that the benefits of transfusion at birth likely exceed those of banking blood for future use, immediate cord clamping may increase the amount of cord blood obtained and patients and families who are considering umbilical cord blood banking should be counseled accordingly.