Home » Loud Toys Can Be Dangerous To Children’s Hearing 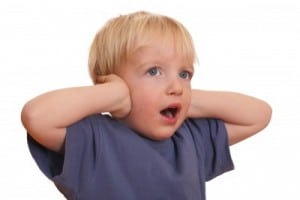 This holiday season, your children are certain to get a few toys that you might wish they did not get. According to officials in San Diego, loud toys are one group that parents should avoid as best as they can.

Dr. Wilma Wooten, the county public health officer in San Diego, is warning parents that toys with loud sounds could be a potential danger to their children’s hearing. For young children such as toddlers, even moderate toys can be too loud. In small children, the ear canal is much narrower. This makes sounds echo more loudly. Toddlers and infants also have shorter arms, bringing loud toys closer to the head.

“If a toy seems loud to you in the store, don’t buy it,” Wooten said.

Parents can reduce the amount of noise that a toy puts out by applying tape over the speakers. This can slightly mute the sound to cause less damage to a child’s hearing. When that is not possible, parents should limit the amount of time their child is allowed to play with the toy when it is turned on. Removing the battery can prevent a young child from accidentally turning on the toy when parents are not around.

The Sight and Hearing Association of St. Paul, Minn., has compiled a list of the loudest toys available now for parents to look out for. These are the worst offenders on the hearing of children.