An excited Bill and Hilary Clinton stood on the steps of Lennox Hill hospital on Monday with daughter Chelsea and son-in-law Marc Mezvinsky to introduce their newest grandchild Aidan Clinton Mezvinsky to the world. 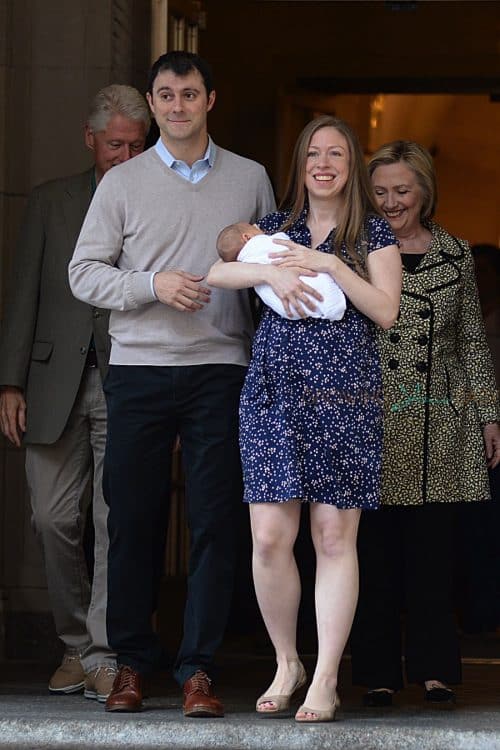 Just like they did almost 2 years ago when Chelsea welcomed her daughter Charlotte, the family waved to well wishers before heading home with their new baby.

The new mama beamed as cradled her little guy in her arms. 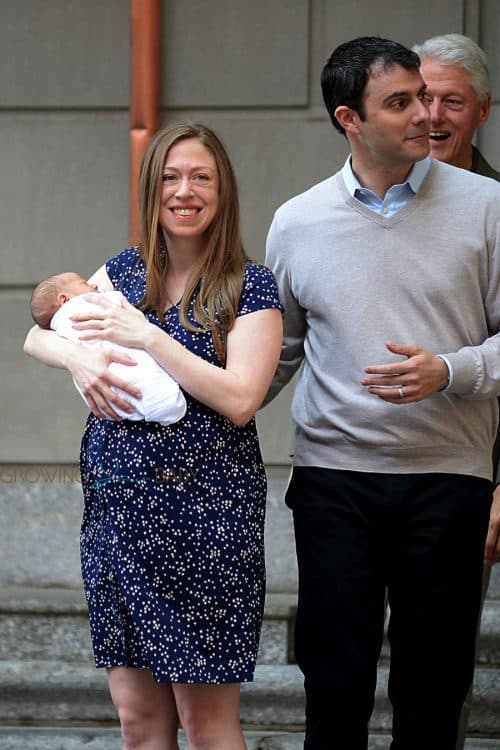 Aiden made his debut on Saturday morning.  Eight hours later Chelsea announced his arrival on twitter, while sharing the first picture of the newborn.

Shortly after Bill shared a photo of himself and Marc with the baby.

Aidan has made two dads very happy this Father's Day. Hillary and I are thrilled for Marc and Chelsea! pic.twitter.com/vPuwDA3Lvr

And just like they did when Charlotte was born, Bill and Hillary shared a photo of the two of them with their new grandchild.

What a joy being with our new grandson, Aidan. So grateful. -H pic.twitter.com/0687tOERez

Congratulations to the family!