Home » Matthew McConaughey Steps Out With His Kids in New Orleans

Matthew McConaughey was photographed taking his oldest two kids out for some treats in New Orleans on  Friday. 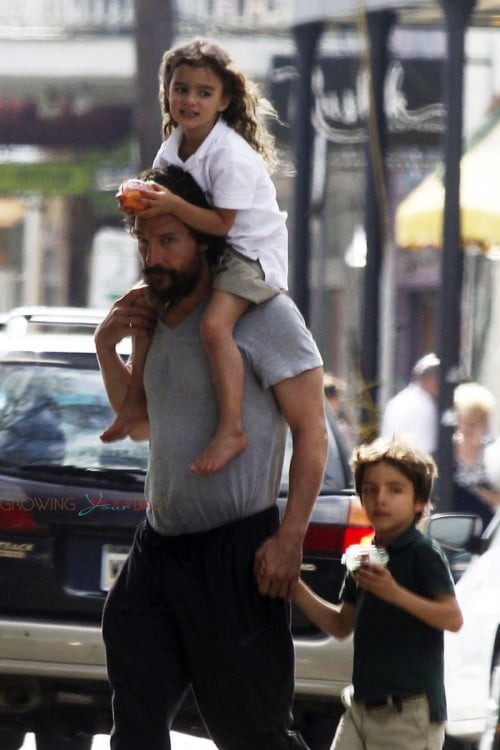 With Vida on his shoulders and Levi by his side, the actor made his way back to the car after grabbing some sweets with the pair. 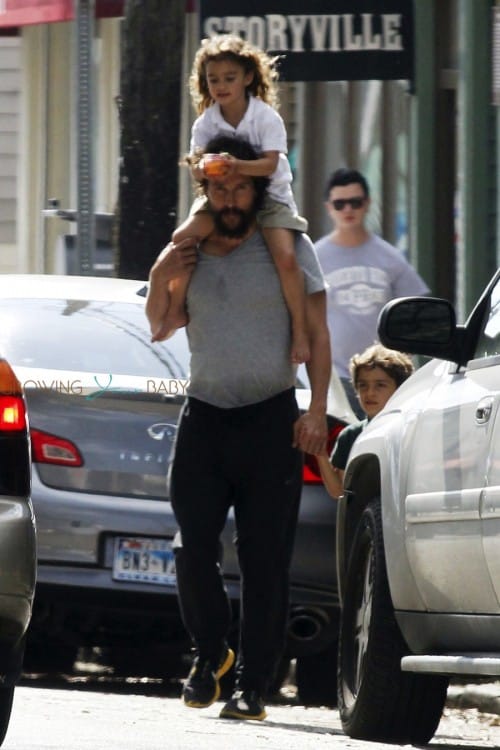 The McConaugheys are currently in New Orleans while Matthew films the Civil War drama “The Free State of Jones.”  The family has been in the Big Easy since February, and will likely stay there until the film wraps in May.

Judging from his outfit, the actor may have come straight from the set.  For the film Matthew plays Newton Knight – a real-life confederate deserter who lead a rebellion against his former comrades during the war. 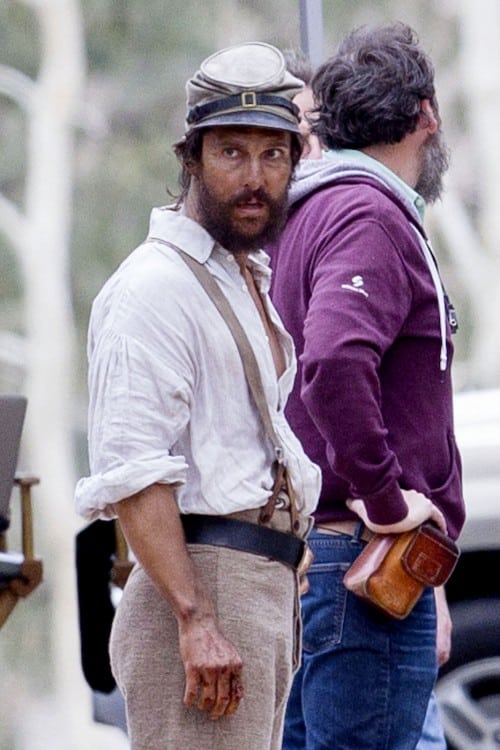