Megan Fox and husband Brian Austin Green were spotted making their way to the car after having lunch with their boys Noah, Bodhi and Journey at Nobu on Sunday May 22, 2017. 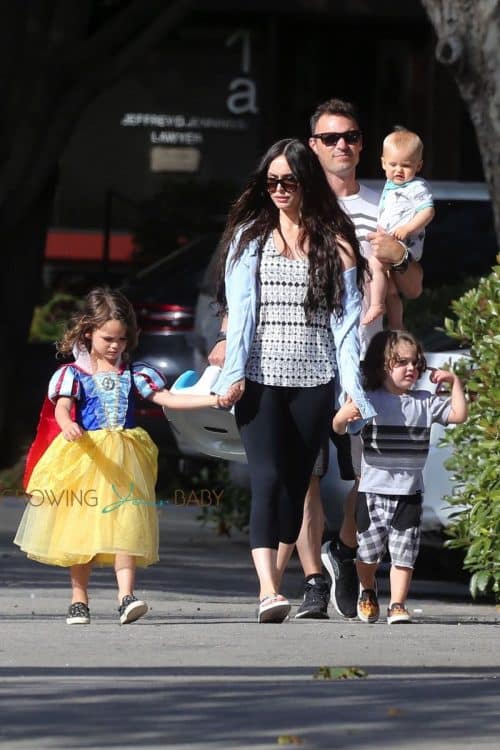 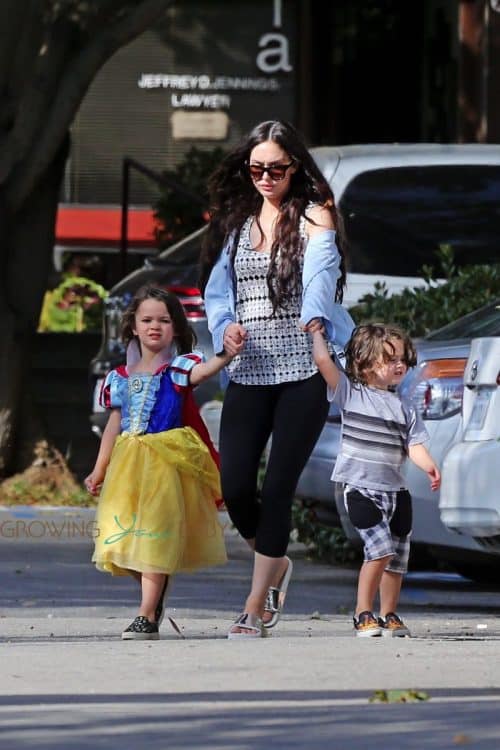 The couple took turns carrying their youngest son while the other wrangled their boys. 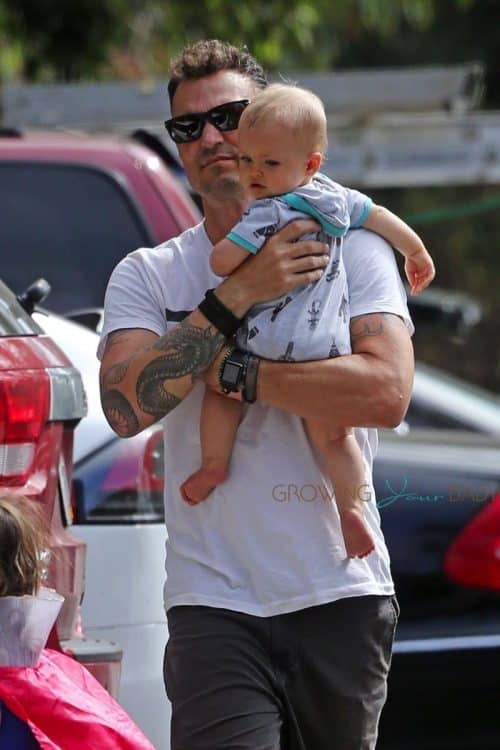 Megan was comfy in a printed tank, leggings and silver sandals.

Since welcoming her boys the actress has focused on being a mom just working a handful of times on a few key projects.  Motherhood is definitely becoming for her as she is often spotted at the park or out with her boys in LA.