Michael Buble and his wife Luisana Lopilato enjoyed a night out at the premier of Luisana’s latest movie “Perdida” at the Hoyts Dot Cinemas in Argentina, on Monday April 16, 2018. 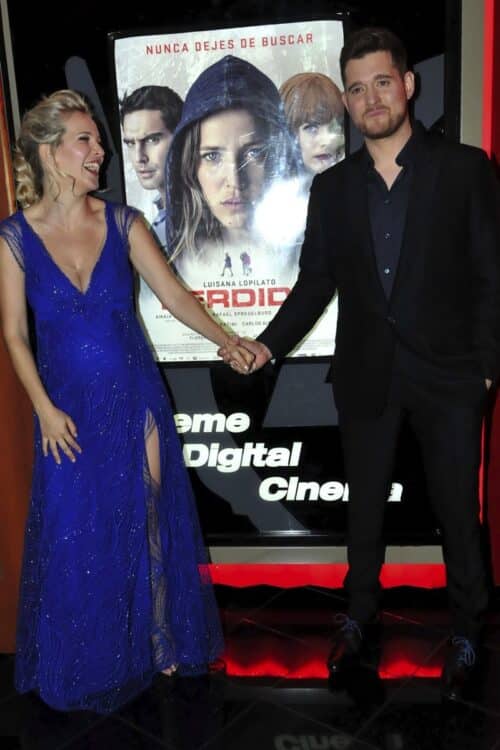 Luisana was beautiful in a blue Lorena Horeyco gown that flowed over her growing belly. 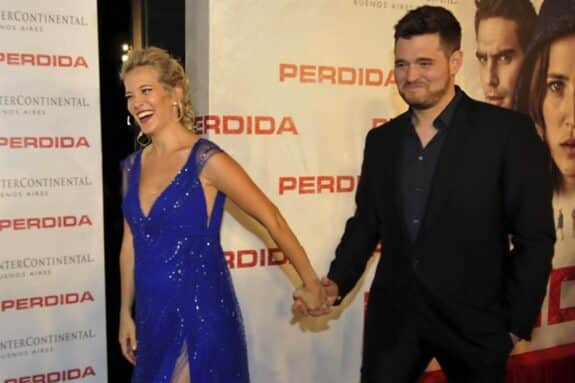 The designer also dressed the actress for the Juno Awards last month in Vancouver.

On Instagram Luisiana posted a photo of the cast at the premiere. 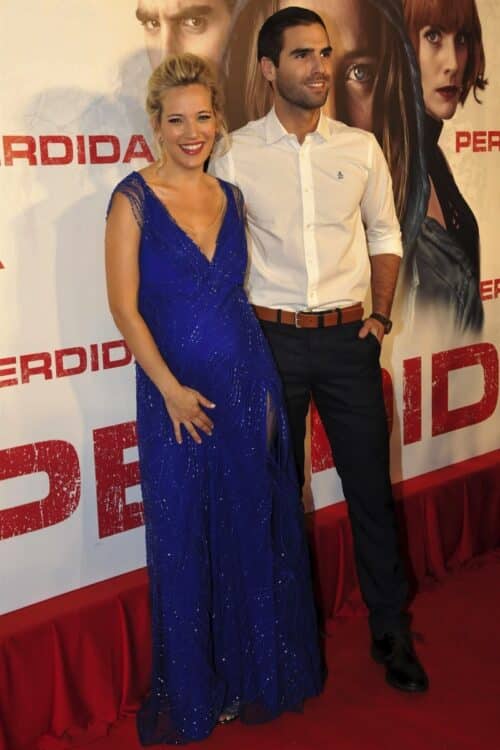 The couple, who are parents to boys Noah and Elias, will switch gears when they welcome their baby girl this Summer.
After some speculation there was a baby on the way Michael confirmed the rumors saying, “Oops, you did it again – my wife and I are pregnant with our No. 3 … no, it’s not Jim Cuddy’s baby.”
{BACKGRID}