Home » Michigan Teacher Taunts Child With Autism, Video Tapes Him Struggling & Shows It To The Class

The number of children in our community with Autism was grown to 1 in 88. And while the spectrum in quite wide, from children who are non-verbal to those with who may be obsessive, socially unconnected or lack both fine or gross motor skill, there is no denying that a child with the disorder is different from his or her peers.  But that doesn’t give anyone a reason to make fun of them. 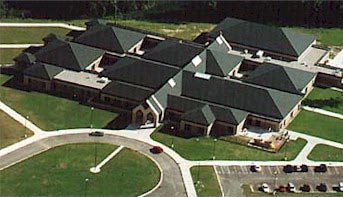 Unfortunately, this is exactly what happened to a 10-year-old boy in Goodrich, Michigan. When the Oaktree Elementary school student got his head stuck in a chair his teacher Nicole McVey did what every good educator would do – she grabbed her cell phone and video taped him struggling.

In the footage she can be heard taunting the child, asking “Do you wanna get tasered?”

Her insensitive behavior didn’t stop there. She then played the video three times for the class on a large-screen television.

“Then the teacher and the principal sent the video out to not only other teachers but some of their buddies, I guess. Just for laughs, apparently,” The family’s attorney Patrick Greenfelder told WWJ’s Sandra McNeil.

The principal has already lost his job over the incident.

“It’s my understanding that he was offered either to be fired or he could resign over the incident,” Greenfelder said. “His voice can be heard in the video saying, as the kid’s struggling in the chair and crying, that he didn’t think it was of real high importance or high priority for the maintenance staff to come and free him.”

As the mom of child with Autism I am disgusted to hear that a woman who is supposed to be in a position of support would think it’s appropriate to tear any child down. Let alone one who was BORN with a brain disorder that inhibits their ability to function like their peers. She should be fired and blacklisted from ever working with children again.

Thankfully another staff member at the school reported the incident to the superintendent. According to CBSNews.com the school board voted to fire McVey, but she is currently going through a tenure hearing to fight the loss of her job.

What I don’t agree with is that the parents have released the video to show the community the whole story.  Even though the child’s face has been blurred out,  I think it is just as bad to have it circulating around the internet as it was to be passed on through e-mail.   I chose not to watch it. The fact that it exists is frustrating enough.