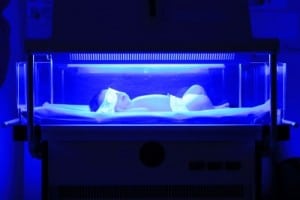 In yet another study that puts the risk of induced labor in the forefront, the University of Rochester Medical Center found that the risk to the mother and child increased after labor was induced and under most circumstances it led to cesarean section.

They say that inducing may result in heightening the mother’s risk of blood loss, c-sections and extended stay in the hospital.

Another risk factor is the drug pitocin which is a synthetic form of oxytocin is known to have many side effects including the risk of uterine rupture. It also suppresses the mother’s own ability to produce the natural oxytocin.

For the babies who might be coming out of the womb pre-term due to forced labor, the risks are endless. They might be weaker, may need additional medical attention, oxygen and could have elevated bilirubin levels.

Many times induced labor is an option when the delivery has gone past due date. Sometimes it is also due to parents who are not able to wait for the natural process to set in because of commitments. But the new research again points to the fact that full term babies are much healthier and the births are safer for the mom and the child. Doctors must therefore measure all the pros and cons before allowing induced labor for non medical reasons.

It is really up to the parents and the doctors to decide whether they wish for a healthy full-term baby or one who still needs the nurturing of the womb but is hastily brought out into the world. Even past the 42 weeks of labor, induction should be the last option to minimize the later risks to the baby and the mother.

Last month we reported that Edwards Hospital in Illinois became the first hospital in the place to halt elective deliveries before 39 weeks of pregnancy, as part of the March of Dimes pilot project that will  involves 6 other Illinois hospitals.

Neonatologist Dennis Crouse, Chairman of the committee that looks after the March of Dimes project said,

“A baby’s brain, lungs and other physical functions still are developing during the last few weeks of gestation. While the medical community previously thought it was OK to deliver a baby a few weeks early, recent research indicates otherwise.”

“On closer inspection, that wasn’t the case, these infants have a much higher risk of being admitted to the intensive care unit. They have a much higher risk of having respiratory disease. Their hospital stays are usually much longer. It interferes with breast-feeding and there is evidence long term these infants may have an increased risk of some neurological issues.”