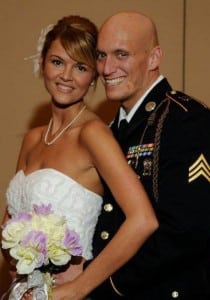 Excitement quickly turned into fear in March when new mom Jenna Hinman was found to have a very rare form of placenta cancer.

Jenna and husband Brandon’s twins Kinleigh and Azlynn were born weighing 3 pounds, 6 ounces and 2 pounds, 9 ounces respectively, and the initial concern was for their lives.  That was until Jenna started coughing up blood.

At first, doctors assumed that the new mom simply had pneumonia, but three days later, she was diagnosed with stage 3 choriocarcinoma, a malignant form of gestational trophoblastic disease (GTD). According to the American Cancer Society, these tumors that involve abnormal growth of cells inside a woman’s uterus during pregnancy occur in only in only about 2 to 7 out of every 100,000 pregnancies in the United States.

The condition, which is “curable,” spreads quickly, and in most cases, the condition leads to miscarriage. Somehow, Jenna managed to carry her twins until 30 weeks, which is a miracle, in and of itself. Unfortunately, that also means that the cancer had a chance to spread within her body.

“Placental tissue grows at a very rapid rate to support the fetus, which explains why the cancer is so aggressively metastatic,” Chief of Medicine for Crouse Hospital, Dr. David Landsberg, told ABC News.

By the time it was caught her body was full of tumors.

Shortly after her diagnosis Jenna was placed in a medically induced coma to allow her body to fight without the worrying about physical exhaustion or shock while she underwent chemotherapy.

With both his wife and babies fighting to survive, Brandon split his time between the NICU and the Oncology at Crouse Hospital in Syracuse, NY.

On April 17th the family received great new when it was revealed that the babies were strong enough to be released from the hospital. 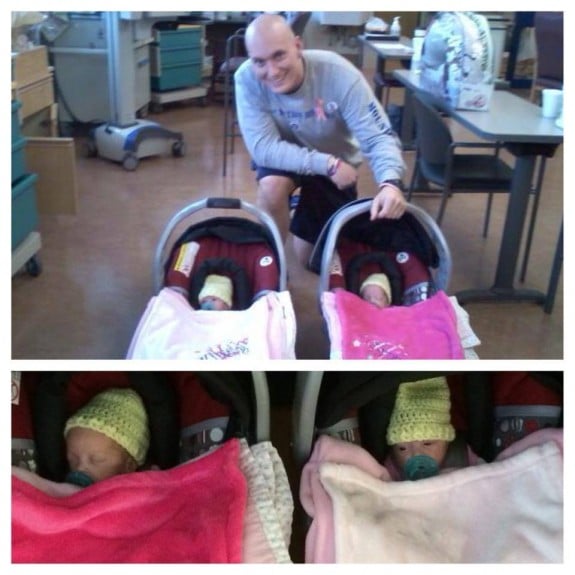 Jenna was starting to get stronger as well.  She was able to help feed the babies, and was doing physical therapy to strengthen her hands and increase the range of motion in her arms. 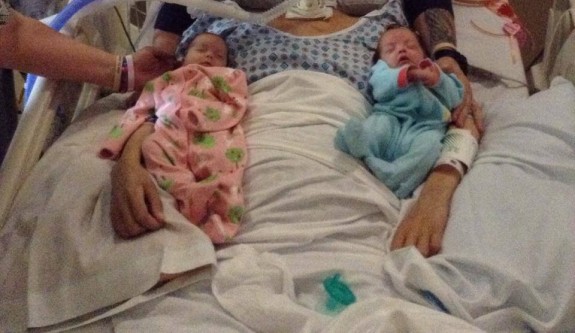 Over the weekend, however, she took a turn for the worse when she came down with pneumonia.  Even though she was put on powerful medication to fight the infection she wasn’t able to recover and passed away on Monday May 5th.

To Jenna’s many devoted followers, today our hearts are broken. We are devastated to inform you that Jenna has suddenly passed away after a courageous two month fight against cancer. We will be keeping this post short and may not post again right away, as we are not journalists or paparazzi, but two of Jenna’s best friends who are mourning an indescribable loss. We kindly ask that Jenna’s family and loved ones have the opportunity to mourn with privacy. Jenna fought this disease with everything she had and we are so proud of her amazing courage and for blessing the world with two precious little angels. Until we meet again, we love you, gorgeous girl.

Our thoughts and hearts are with the family at this incredibly sad time.

If you want to help Brandon and the twins a A GoFundMe page has been set up to cover medical expenses.