Ali Larter showed off her growing belly while out for a stroll with her son Theodore on Sunday. 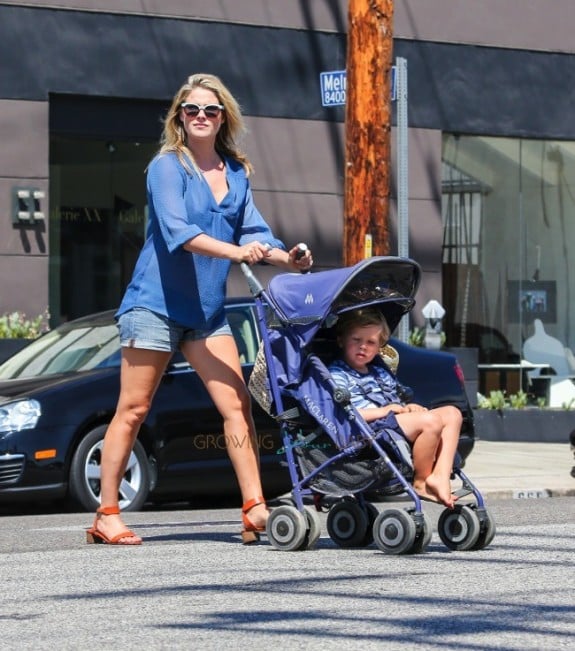 Ali was pretty in a blue sheer blouse and cut-off jeans as she pushed her little guy down Melrose Avenue headed to the market to pick up some fresh produce and flowers. 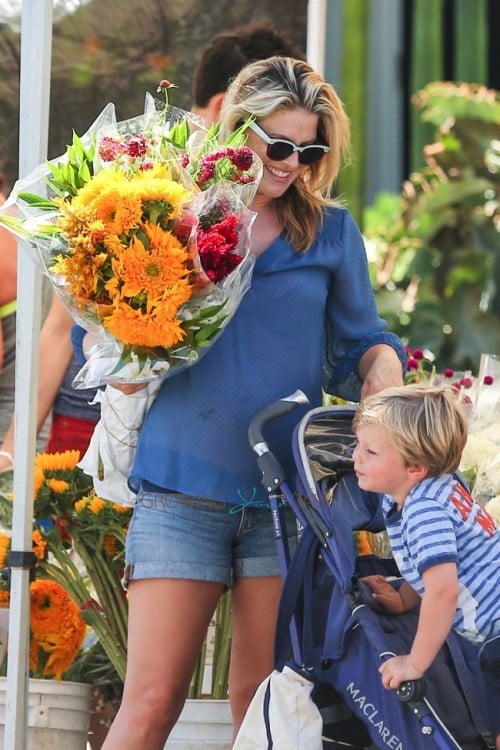 Pregnant with her second child, Ali recently told People.com she and her husband Hayes McArthur have been preparing Theodore for the new arrival,

‘He is [excited]…I’ve started giving him presents from his little baby brother or sister.’

‘We’re definitely working him, bribing him, whatever we have to do to make sure he doesn’t sneak into that crib and dangle that baby by its feet.’

Currently staring in TNT series Legends Ali will also appear on the big screen this Fall in Your Not You opposite Emmy Rossum and Hilary Swank.