Chrissy Teigen was perfect in pink while attending a Sports Illustrated Swimsuit “Swim Beach” fan event in Miami on Wednesday. 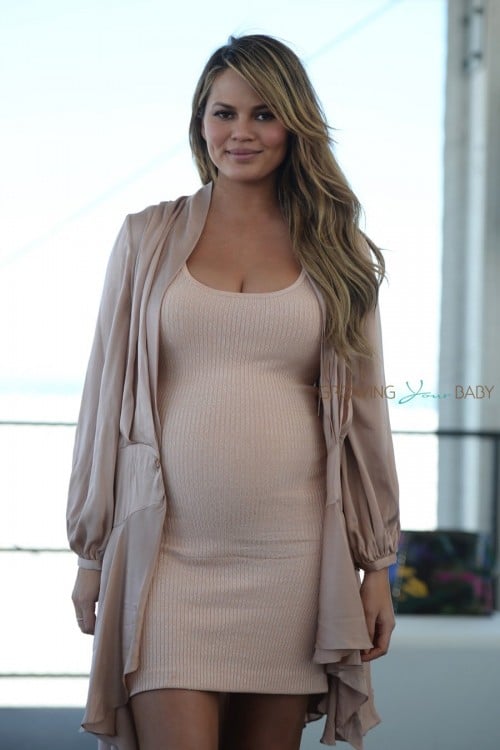 The mom-to-be shot her recent feature in Zanzibar while she was undergoing IVF to become pregnant.

“I was getting my shots and everything in Zanzibar, I had a little medical kit. It was hard because you bloat from it, and you bruise — if I hit the wrong area. That’s the kind of things we had to cover with makeup, ” The Lip Sync Battle co-host told People.com 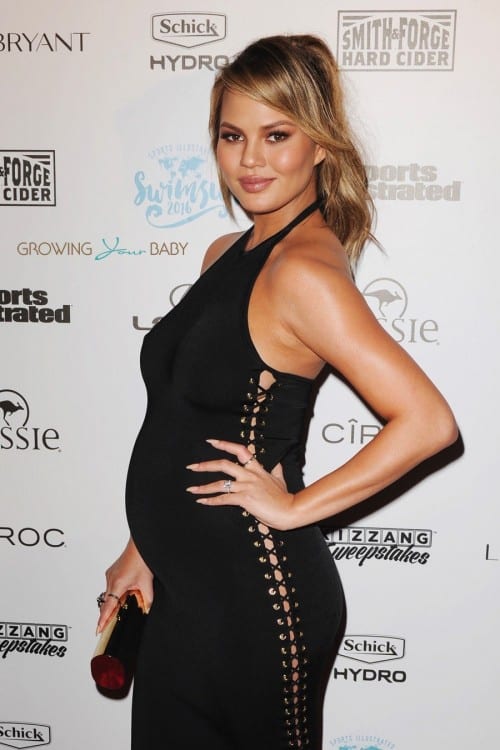 Now 8 months along with a baby girl, Chrissy says she would have considered posing while expecting.

“John and I aren’t the kind of people to have photo of ourselves in our house, like embracing the pregnant and naked thing. But if it were for a cool magazine and beautifully done, I would do that … [SI Swim], I would have definitely done pregnant!” she says.

So excited to announce my 7th appearance in the Sports Illustrated Swimsuit Edition – I had to count that a million times before I believed it! My @si_swimsuit family, I love you! There is nothing like being a part of this brand and this issue. My shoot was in beautiful Zanzibar and shot by the incomparable @ruvenafanador, who is just as wonderful, kind, serene and lovely as everyone has ever told me. He thinks about every little aspect of a photo, every detail. HMU by @peterbutlerhair and @joannegair I LOVE you and am so lucky you allow me to be in your chairs! @mj_day and @darciebaum and @ja_neyney @hillarydrezner and @karencarpk – you are my family. I am proud to be in the issue but SO proud of all the work you guys put into this every single year. I just love you all. Jesus this is dramatic I know! And to all my fellow @si_swimsuit girls, congrats on a beautiful issue!!! I will see you this week in MIAMI!!!! I can’t wait to kiss all your beautiful faces!